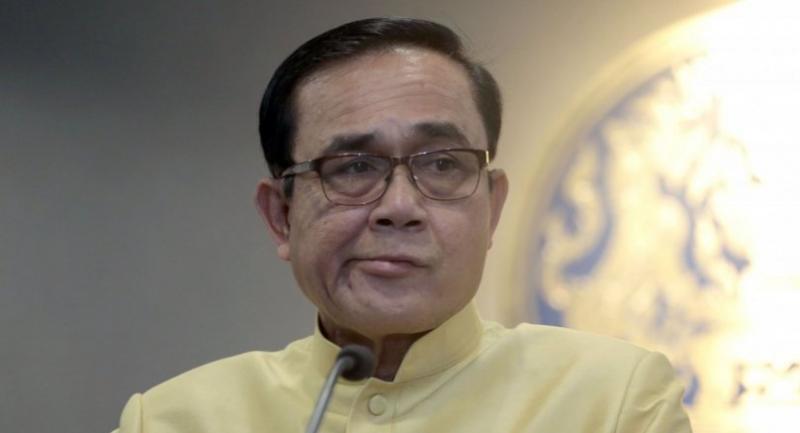 Premier dismisses suggestions to delay poll till after coronation of king; ‘EC to decide on date’

PRIME MINISTER Prayut Chan-o-cha yesterday insisted that the road map for national elections remain unaltered, dismissing suggestions that the junta will postpone the poll in light of the King’s coronation ceremony.

This idea was floated by ultra royalists Arthit Ourairat and Chulcherm Yugala yesterday, who said the long-awaited general elections should be held after the coronation ceremony.

The Royal Household Bureau announced on Tuesday that the coronation ceremony will be held from May 4 to 6.

Arthit said the election will only lead to conflicts and division due to undemocratic rules and regulations, and that the new reign should be celebrated first before new rules are created later to ensure the country moves toward democracy.

Chulcherm, meanwhile, said the National Council for Peace and Order should be in charge of all aspects of the |ceremony, hence the poll should be held later in May.

However, Prayut dismissed these suggestions yesterday, saying they were personal views and not relevant to the government’s decision.

Prior to the coronation announcement, the possibility of the elections being delayed had been raised over reports that the ballots will not be printed in time for the February 24 vote.

Prayut also rejected this report yesterday, saying he has never spoken about a delay.

“Things remain unchanged,” the premier said. “The Election Commission [EC] will determined the election date. It’s up to them. But considering the current timetable, the election will take place before [the coronation ceremony].”

Prayut admitted that the coronation ceremony was the most important event of the year, apart from the election, but the government can handle both.

Although the junta has remained firm on the election taking place on February 24, the royal decree to officially fix the date has not been published in the Royal Gazette yesterday as previously planned.

Prayut said the EC needed to sort out the matter, adding that no matter what date they decide on, the government will issue a royal decree accordingly.

In a related development, the EC has reiterated that the planned election will not be postponed.

EC secretary-general Jarungwit Pumma said: “There is currently no royal decree for the election but this does not mean the election date will be postponed.” He was responding to widespread rumours of a delay.

Jarungwit also dismissed reports that EC officials had called the political parties to alert them about a postponement, as the ballots cannot be printed in time.

“As for the ballots, we have already finished drafting the terms of reference for the publishing. The printing will certainly be done in time,” he said.

Jarungwit added that in 60 days of the vote the EC must announce the results of at least 95 per cent of the elected MPs. In the past, the EC has announced results within a month, he said.

The election tops the list of the three most important events in 2019, in addition to the coronation and chairing the Asean bloc.

The country has been under the rule of a junta-backed government since the military coup d’etat in May 2014. Junta chief and Prime Minister Prayut has repeatedly hinted at his intent to retain power after the election.

The Phalang Pracharat Party, (PPP) named after Prayut’s pet populist Pracharat project, said it would propose the general as its candidate for premier.

When asked if he will accept the PPP’s offer, Prayut said he has not decided whether he will join any party in the race. “I require some more time [to make a decision]. For now I would like to see people study political parties’ policies first – all parties, not only Phalang Pracharat,” he said.

“The political parties also should keep their word as people will have high expectations from the election.”

The economy is also expected to benefit from the coming election, with the Commerce Ministry saying it could boost consumer spending due to political activities during the campaign.