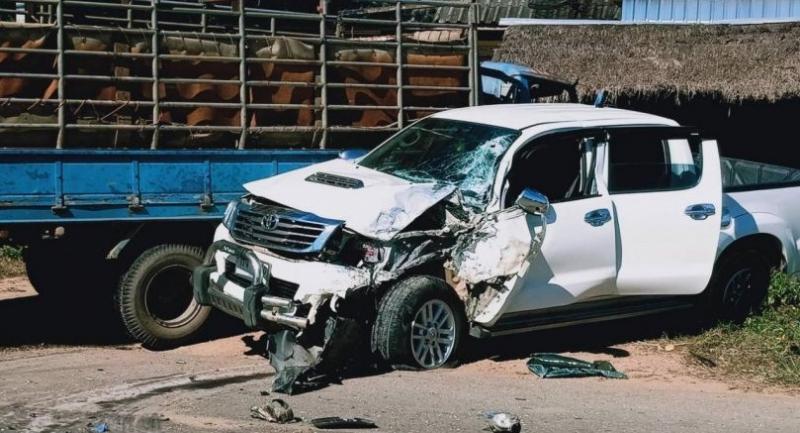 A total of 463 people died and 3,892 others were wounded in 3,791 road accidents over the New Year holiday's so-called seven dangerous days (December 27-January 2), the Disaster Prevention and Mitigation Department’s Road Safety Centre announced.

This year's figures saw a decease in crashes and injuries and an increase in deaths while drink driving was cited as the main cause of crashes, Deputy Interior Minister Suthee Makboon told the media. Last year's New Year reported 423 deaths and 4,005 injuries in 3,841 road crashes.

Drink driving was blamed for 40 per cent followed by speeding with 28 per cent, Suthee said. These two causes, combined with another factor of motorists suddenly cutting in front of other vehicles, were all regarded as driver behaviour so the authorities would campaign for driving discipline and road safety consciousness, he said.

Accidents involving motorcycles accounted for 80 per cent of crashes and 28 per cent occurred from 4pm to 8pm, he added.

On January 2 alone there were 369 road accidents killing 44 people and wounding 391 others, Suthee said. Ayutthaya had the day's most crashes with 17 incidents and most injuries with 18. On January 2, officers at 2,052 checkpoints recorded around 182,000 traffic violations. This included 41,473 motorists who failed to produce a driver's licence and 46,284 motorcyclists were stopped for riding without helmets, he said.

National Council for Peace and Order spokeswoman Colonel Sirichan Nga-thong said 3,859 motorcycles, 1,305 automobiles and 8,312 driver's licences had been seized from drink drivers during the seven days.