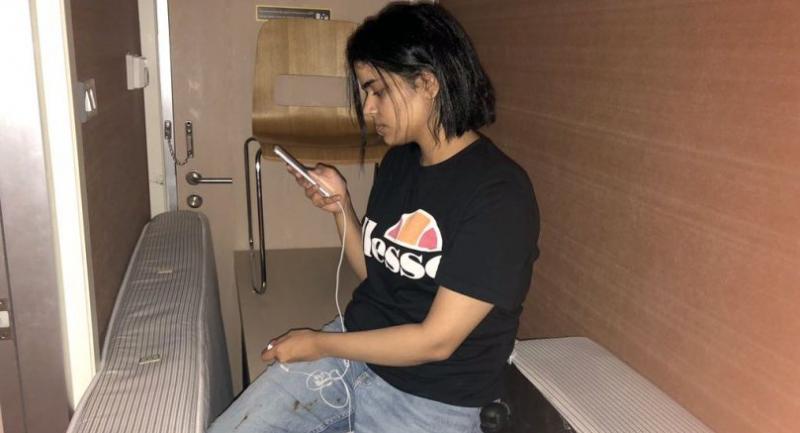 A Kuwait-bound flight on Monday left without Saudi teen Rahaf Mohammed al-Qunun, who has run away from her family and plans to seek asylum in Australia but has been detained in Bangkok.

The girl, 18, whose detention in Bangkok has drawn worldwide attention, refused to board Kuwait Airways flight KU 412 to Kuwait and barricaded herself in a hotel room inside Suvarnabhumi Airport.

She was detained upon arrival at the airport while on transit en route to Australia on Saturday after her father, who was in Kuwait, alerted Saudi diplomats in Bangkok.

She has kept the world updated about her situation via her tweets and videos. International media interviewed her via direct messages. She pleaded with them to help her, saying she would be killed if she were sent back to her family that was now in Kuwait.

She said in a video posted last night from her hotel room that she wanted to meet representatives of the UN High Commissioner for Refugees (UNHCR) and refused to leave her room until she could meet the officials.

Her latest tweet showed her barricaded in her room with a mattress, refusing to leave the room.

Al-Qunun said she had been abused by her family and would be killed if she returned home because she had renounced Islam.

She wishes to reach Australia and seek asylum, but claims a Saudi official had confiscated her passport on arrival in Bangkok after her father reported her for travelling without a ‘guardian’.