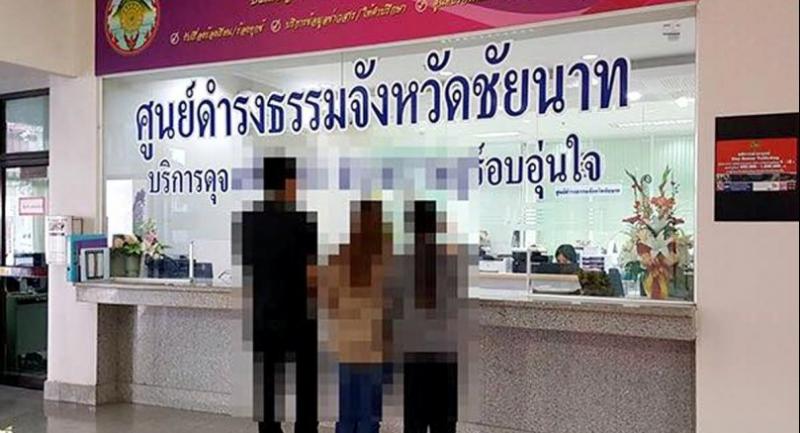 POLICE IN Chai Nat say it’s impossible for a teacher accused of raping a 12-year-old schoolgirl to buy his freedom with a cash payment to the parents because the offence is “non-compoundable”, meaning it cannot be settled other than through a criminal process.

The parents of the Mathayom 1 student in Wat Sing district filed a complaint on January 3 against the 40-year-old physical education teacher, whose name has not been released, with the Chai Nat Damrongtham Centre set up to receive citizens’ complaints.

They allege that the teacher twice molested and raped their daughter. She did not tell them about the original alleged incident on September 26 but reported the second to another teacher, who contacted the parents.

Learning that the teacher had simply been transferred to Wat Sing municipality office’s education division pending a disciplinary probe, |the parents asked the centre to help ensure he was prosecuted.

The girl’s mother told reporters the teacher had offered the family Bt200,000 if they withdrew the complaint, but the money was refused.

“The assault has scarred my daughter for life,” she said. “Our family is poor, but money can’t buy our dignity and, more importantly, the teacher doesn’t seem remorseful at all, so the family will press on with the charges.”

Wat Sing precinct superintendent Pol Colonel Chatethachai Chatesiri said yesterday that the teacher’s alleged claim that he could clear the offences with police and prosecutors if the family accepted the money was groundless.

“The attempt to settle the case would be fruitless because this involves a |non-compoundable criminal offence and police investigators will investigate in a straight forward manner, guided by the evidence and without helping anyone |get away with a crime,” he said.

Chatethachai said the family could accept or refuse the Bt200,000 as compensation, but it wouldn’t affect the investigation or prosecution.

He added that any attempt to bribe investigators would be seen as a further criminal offence.