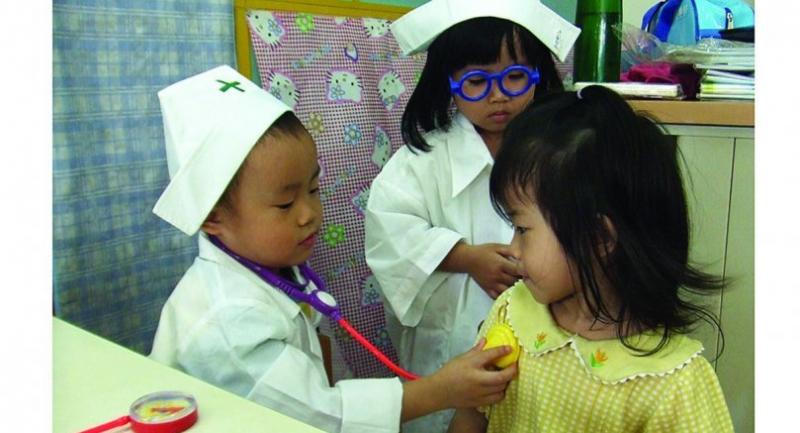 The most popular dream job among children this year is that of a doctor, pushing teaching down to second place, according to a survey by Adecco Thailand.

The company asked 2,684 children between seven and 14 years old about their dream job, with being a doctor coming out on top because it is an occupation that offers not just good pay but also opportunities to help others.

With teaching slipping to second from the previous year’s survey, the third most popular dream job is that of a professional athlete, followed by becoming a soldier in fourth place, and e-sport player/game caster coming fifth.

Meanwhile, children’s interest in YouTubers and programmers has increased in the past year, the survey also found.

Such findings are in line with other surveys, which found that 94 per cent of children like watching YouTube and more than 28 per cent love playing computer games.

When asked about their idols, respondents in Adecco Thailand’s survey named BNK48 – the Thai idol girl group and the third international sister group of Japan’s AKB48.

Coming next in order of popularity are KayKai Slaider, a famous YouTuber, Zbing Z, a well-known game caster, GOT7, a famous boy band from South Korea, and Krit-ngi, a prominent e-sport player.

The survey findings have been released ahead of “National Children’s Day”, which will be celebrated nationwide this coming Saturday.

Adecco Thailand also reported that most respondents wished that their family could live happily for a long, long time, if they could have just one wish fulfilled this year.

There were also some cute replies. When asked what magical power she wanted to get, one girl wrote that she hoped she could possess Queen Elsa’s icy powers from “Frozen” so that Thailand could be “Yoo Yen” (cold or peaceful), while another kid said he hoped the world would have no more exams.

When asked about education-reform ideas, respondents said the government should develop the country’s education based on a children-centered approach and develop children based on their interests and expertise.

They also suggested that the government should increase funds for educational opportunities, place an emphasis on teacher development, and provide IT equipment to schools in need.

Children, moreover, also hoped that technologies would be integrated into teaching and the learning process in order to make it fun to learn.

They also expressed a keen interest in e-sports, computers and third languages other than Thai and English.