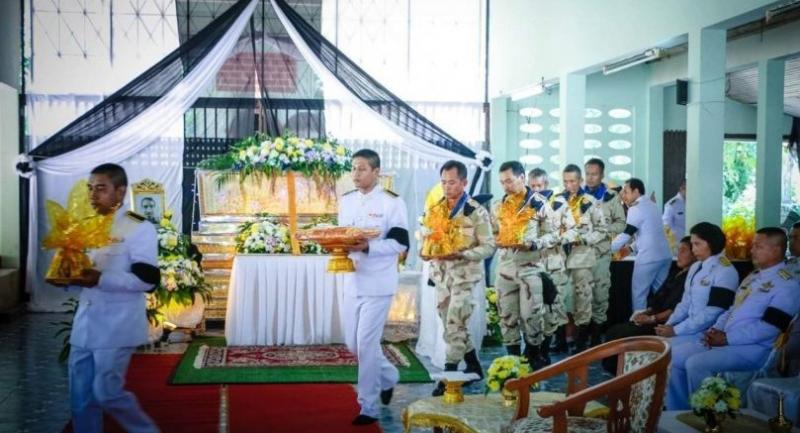 His Majesty the King on Monday sent a wreath to the funeral of a fishing worker who drowned after his boat sank due to Pamuk tropical storm on January 4. Chalong was among two workers drowned when their fishing boat sank at 2am on January 4 in Pattani Bay as it returned to the pier.