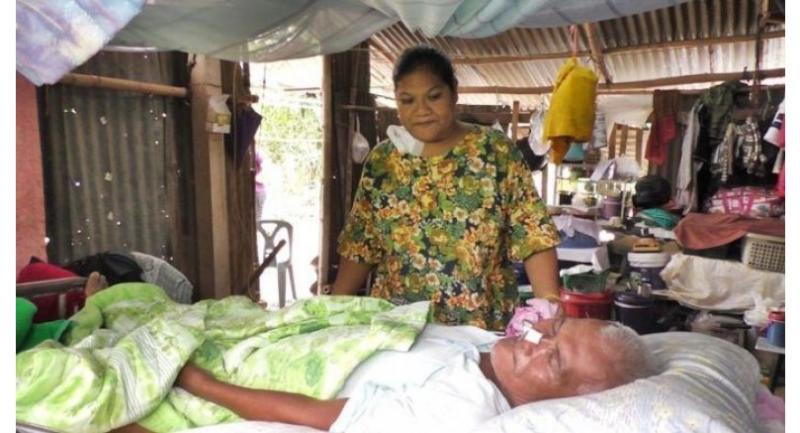 A widow in the final stage of kidney disease pleaded on Tuesday for a donated kidney, so she can live on to care for her 11-year-old daughter and bedridden father. Wanthana Phothong, 33, from tambon Chai Nat of Chai Nat’s Muang district, said she hoped to get a kidney transplant, so she could regain her strength and start working again to provide for her father and daughter.

The patient, who has blood-transfusion tubing installed in her neck, said she is at the fifth stage of kidney disease and requires dialysis twice a week. She said she has had to rely on hand-outs from relatives and neighbours to cover her daughter’s expenses and her medical costs. Her daughter is in the fifth grade.

Wanthana said she previously worked at a restaurant and earned Bt400 to Bt500 daily, while her late husband used to do odd jobs before he died from cancer in June last year. Her father also became bedridden after suffering a stroke. She said she had bought a motorcycle on instalments, but it was about to be impounded as she has been unable to meet the latest payment of Bt1,320.

She said she hoped to get a second chance at life so she could be with her daughter at least until she completes her university.