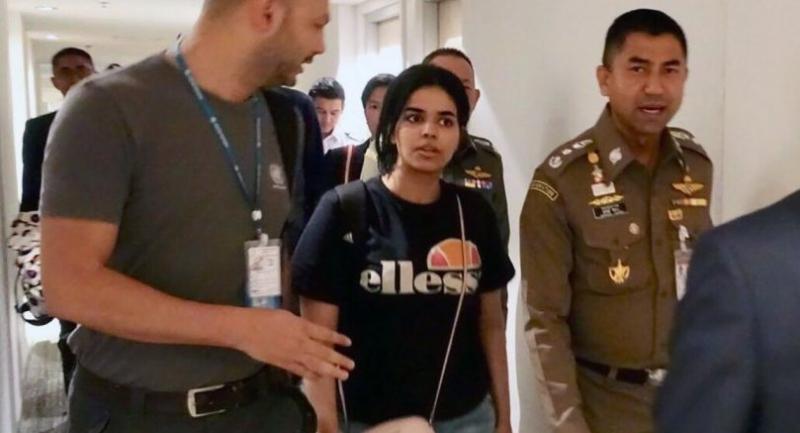 The father and brother of a Saudi teenager, whose flight and plea for asylum has made international headlines, will travel to Thailand later today to give their accounts to the UN refugee agency, the Thai Immigration police chief said on Tuesday.

In case they wished to speak to Rahaf Mohammed al-Qunun, the 18-year-old Saudi girl who ran away from her family during their trip to Kuwait, it would be up to the girl, Pol LtGeneral Surachet Hakparn said.

Surachet will act as a mediator in their talks with the UN High Commission for Refugees (UNHCR) representatives, Surachet said.

“I believe the father and brother of al-Qunun want to give information to the UNHCR for it to have both sides of the story. I think this will be fair to both sides,” he said.

Al-Qunun was detained on arrival at Suvarnabhumi Airport during transit while en route to Australia. She alleged that she was being subjected to physical and psychological abuse by her family.

She planned to seek asylum in Australia and expressed fears that she would be killed if she were sent back to Saudi Arabia by Thai Immigration officials who had detained her at the airport.

Surachet said earlier that she was stopped at the request of her family who alerted the Saudi Embassy in Bangkok.

At her request, the Thai side decided to hand her over on Monday night to the care of the UNHCR. The agency said in a statement that it required five days to process the girl’s request.

Surachet said that during his meeting with the Riyadh diplomat, both sides agreed that it was a family matter and both the family and the girl should meet to settle the conflict.

The said both countries had the same aim, the safety of the girl, with the diplomat saying that he was satisfied with Thailand’s decisions on the matter.

“It was her wish to be under the care of the UNHCR, not that of the Thai government,” Surachet told the diplomat.