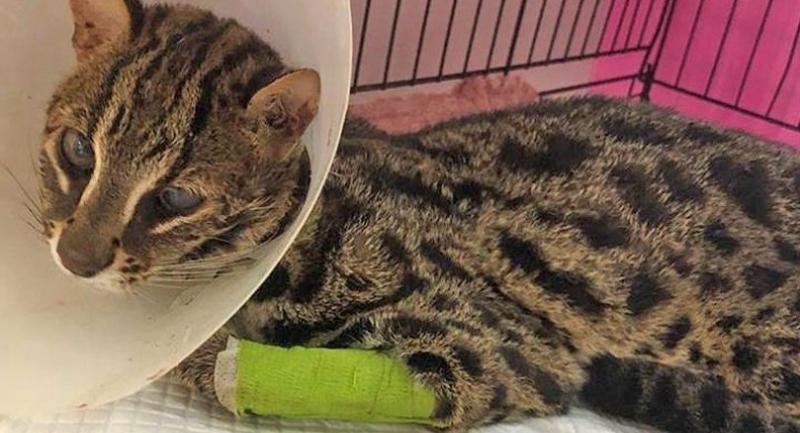 The condition of the leopard cat, which was hit by a car in Phuket’s Thalang area, has not really improved, veterinarians from the Soi Dog Foundation said on Monday.

The vets also said the cat’s left eye does not respond to light and has possibly lost sight.

The young male feline estimated to be one or two years old and has been named Happy Tiger.

“Yesterday [Monday] he had fever and diarrhoea on Sunday. He is still not able to stand on his own and rejected food this morning. The vets will try to feed him again this afternoon,” a vet said. The Phuket Marine National Parks Operation Centre was notified on January 1 that an injured leopard cat had been seen near the Tsunami Memorial Wall in Mai Khao area.

The injured feline was taken to Soi Dog Foundation for treatment before being taken to the Khao Phra Theaw Wildlife Education Centre in Thalang.

The leopard cat is a protected species in Thailand.