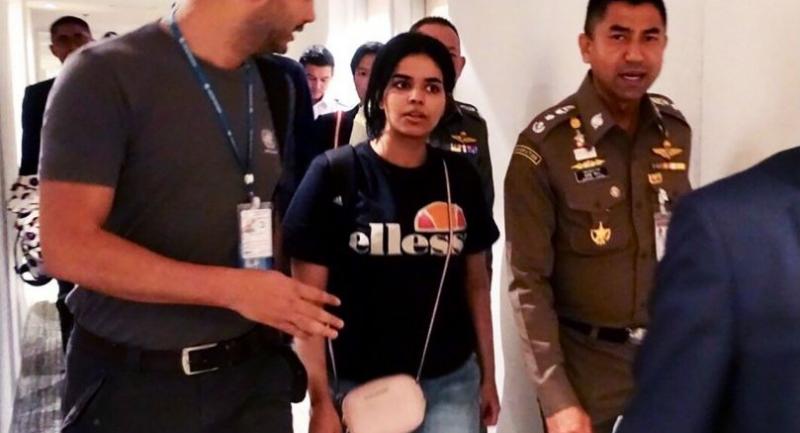 The 18-year-old who fled her family in Saudi Arabia is refusing to meet her father, Immigration police chief Pol Lt-General Surachate Hakparn said on Wednesday.

The father, who flew in on Wednesday and is set to take the evening flight back to Riyadh, was scheduled to meet UN refugee agency (UNHCR) officials to give his side of the story.

Rahaf Mohammed al-Qunun’s problems caught worldwide attention after she fled her family during Kuwait visit and ended up being detained in Bangkok’s Suvarnabhumi Airport. She was apparently on her way to Australia, where she intended to seek asylum.

The young woman is accusing her family of physical and psychological abuse.

It is still unclear why the woman was detained in Bangkok. Earlier reports claimed al-Qunun’s father had asked the Saudi Arabia Embassy in Bangkok to detain her, while another said that she had no ticket to Australia.

She later barricaded herself in the room she was being detained and tweeted asking for help, saying she would be killed if she were deported to Saudi Arabia. She also demanded to meet UNHCR officials.

Her demands were met, when the authorities handed her over to UNHCR on Monday.