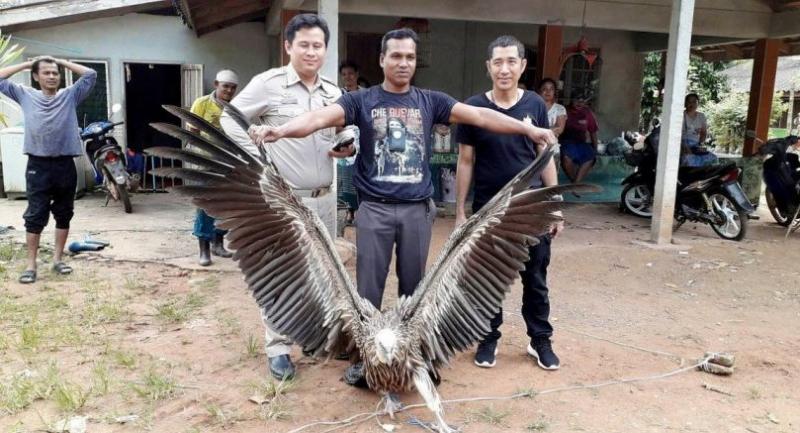 A large but weak Himalayan griffon vulture has been found in a Krabi rubber plantation after Monday’s storm. It could have come from as far away as Tibet. The head of Phang Nga Breeding Centre, Teetat Damudom said: “The Himalayan griffon vulture was brought to us on Monday. The vulture was been found by staff at a rubber plantation in Khao Phanom, Krabi. “The vulture – measured wingtip to wingtip – is about two metres wide. It is weak from a lack of food and water.

“We believed that the vulture might have been trying to avoid Tropical Storm Pabuk and got lost. It might have originally flown from Tibet.”