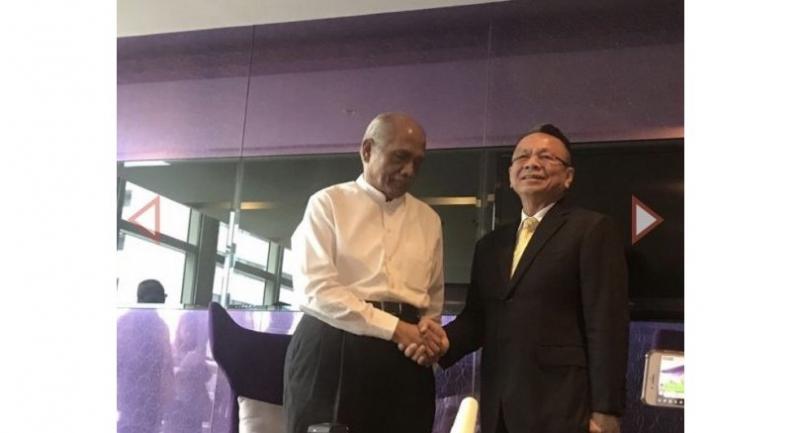 General Udomchai Thammasaroraj said on Friday the committee he chairs on the peace dialogue in the southern border provinces would take into consideration the Malaysian prime minister’s suggestion that the area be designated a “special administrative region”.

Malaysia is acting as facilitator in the peace dialogue between the Thai government and the separatist factions in the predominantly Malay Muslim South.

Briefing journalists at the Foreign Correspondents Club of Thailand in Bangkok, Udomchai thanked Malaysian Premier Mahathir Mohamad for the input and said his committee was considering the idea.

But he said Thai authorities would first have to decide on the level of autonomy the region could be granted, as well as the terminology, “to ensure it wouldn’t pose any problem to the area”, since the provinces are also home to many Buddhists.

Udomchai said Prime Minister Prayut Chan-o-cha had characterised the proposal as more a matter of “distribution of power”, but regardless, Thailand was grateful for Mahathir’s suggestion.

Udomchai, appointed head of the dialogue committee in October, said it intended to include all stakeholders in the discussion, both those actively seeking change and those content with the province’s current administrative status, to try and find common ground.

He said the committee was currently focused on building trust to make the dialogue appealing to all groups. It was important to respect international law and people’s rights, he stressed.

Udomchai seeks to keep the dialogue “casual” so that people involved in the insurrection are comfortable enough to express their views.

He said the committee would honour any request that information discussed be kept confidential.

“If there is anything we can do, we’ll do it right away,” Udomchai said. “There’s no need to countersign or anything, but if it really requires that, we’ll pass it on to the PM.

“For now, we’re giving them time. They can come and talk whenever they’re ready. We’re not rushing anything, but the quicker the better, because we have human lives at stake here.”