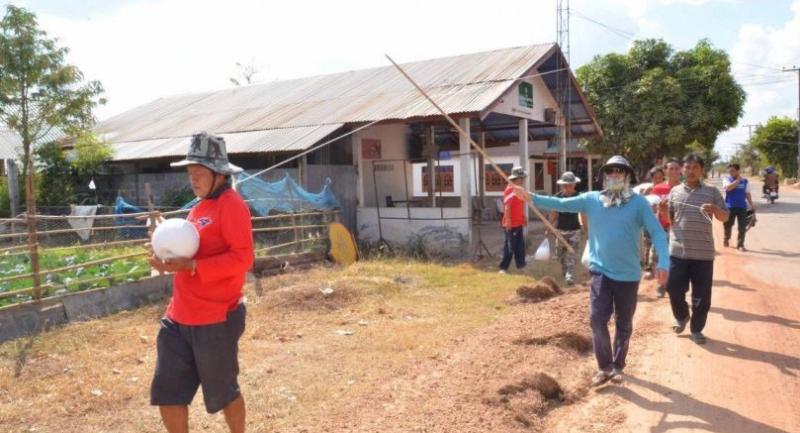 Residents of two villages in Kalasin held rituals yesterday in a bid to ward off an evil spirit believed responsible for the sudden deaths of three local men.

Folks in Ban Non Buppha (Moo 9) and Ban Dong Nue (Moo 2) in Kuchinarai district are convinced the spirit of a deceased widow killed the men and would kill more if not stopped.

“My husband was perfectly healthy when he suddenly stopped breathing,” Supaporn Saensuri said of her 60-year-old husband, Songdej Saensuri. He died on January 2.

She joined her neighbours as they prepared rice, dried food, shells, betel nut and sand for merit-making rituals.

They strung white thread around Ban Dong Nue, hung red shirts in front of their houses and placed wooden phalluses painted red – palad khik – at all entrances to the village to keep the spirit away, said resident Pijid Kongwayha, 64. He said the ritual was planned after Songdej and two others died. Neighbours insisted that none of the men suffered from chronic illness.

Songdej was found dead with no sign of injury other than a wound on one palm suffered while toiling in the fields.

In recent weeks, many women in the villages began having dreams about a female spirit coming to take away their husbands, Supaporn said.

Some also said they saw a mysterious glowing object in the dead of the night, others that they dreamed about a black-skinned man.