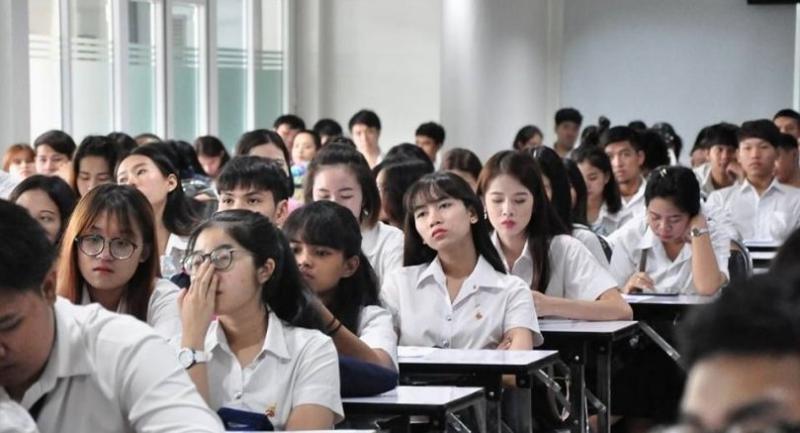 A STRONG grasp of the English language will not be required of teacher-education graduates, the committee in charge of preparing a teacher qualifications framework has decided.

"We have reached this resolution because most stakeholders at a forum on the draft Thailand Qualifications Framework (TQF) disagreed with the plan to set too ambitious goal about graduates’ English,” the committee’s chair, Rathakorn Kidkan, said this week.

“There were serious concerns that students may not be able to graduate” if the English mastery requirement was set to high, he said. Rathakorn also chairs the Council of Rajabhat University’s Education Deans.

It was initially proposed that the TQF require that teacher-education graduates who have not majored in English attain a B2 level in English under the Common European Framework of Reference for Languages (CEFR). Those majoring in English would be expected to reach the C1 level.

CEFR is an international standard for describing language ability, using a six-point scale from A1 for beginners, up to C2 for those who have mastered a language.

To reach the C1 level, a person must be able to communicate in English with a significant degree of fluency based on appropriate use, sensitivity and the capacity to deal with unfamiliar topics.

To reach B2 level, a person must be able to achieve most goals for that level and express themselves on a range of topics.

Rathakorn said most students in teacher-education programmes were only at A1 and A2 levels. A1 refers to a basic ability to communicate and exchange information in a simple way, while A2 reflects an ability to deal with simple, straightforward information and begin to express oneself in familiar contexts.

“So, most committee members have the opinion that B2 and C1 levels should not be mentioned in the TQF,” he said.

According to Rathakorn, it has now been decided that while English knowledge is important, TQF will not require teacher-education graduates to demonstrate a CEFR-based English proficiency.

“We will just set English tests as criteria in the Education Ministry’s regulations,” Rathakorn said.

He added that the committee decided that regulations would also reduce the required level of teaching graduates’ English proficiency from B2 to B1, the level at which the speaker could express themselves in a limited way in familiar situations and to deal in a general way with non-routine information. For English majors, the required level will drop from C1 to B2.

“As well, we are going to make a clear plan on how to improve teacher-education graduates’ English,” Rathakorn said. Several universities have until now required their graduates to demonstrate a good level of English knowledge as a graduation criterion.