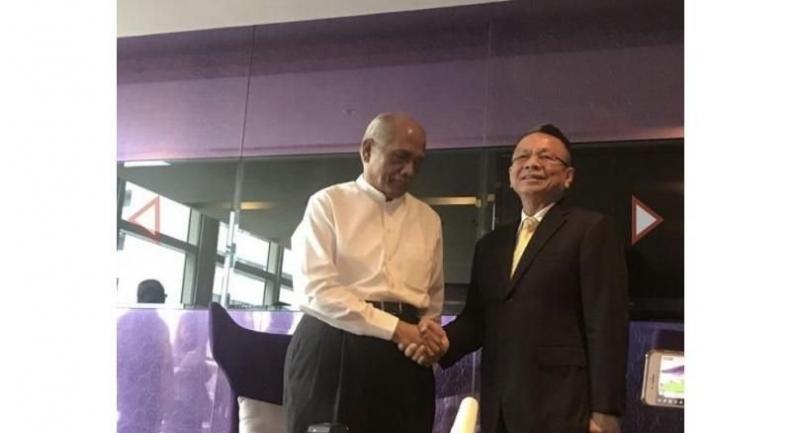 THE GOVERNMENT’S peace negotiation team said it would take all proposals into consideration, including an idea for a special administrative status for the deep South.

Violence in the predominantly Muslim region intensified over the past week after the insurgents went on the offensive in reaction to pressure from the government to join peace talks, said Panitan Wattanyagorn, adviser to Deputy Prime Minister Prawit Wongsuwan.

“They have narrow space for movement, so they resort to violence to seek attention, Panitan told Nation TV last week.

A car bomb exploded in Songkhla province and there was an attack on security officials in Pattani over the past week. The region has been rocked by a spate of violence since early 2004, claiming nearly 7000 lives so far.

The violence is widely seen as an expression of local grievance over differences in identity, ethnicity, culture and religion carried over since the annexation of the Malay-Muslim region into Siam over a century ago.

Several rounds of peace talks have not yielded any significant results even as authorities in Bangkok remained firm that the demand for an independent state in the deep South was off the table.

Analysts are also wondering if the Bangkok was talking to the right persons brought to the table by dialogue facilitator Malaysia over the past years.

Malaysian Prime Minister Dr Mahathir Mohamad, who introduced former police chief Abdul Rahim Noor as the new facilitator recently, suggested when he visited Thailand late last year that the Thai government should try to talk to as many groups as possible.

Chief Thai negotiator Udomchai Thammasaroraj said he would try talking with armed groups such as Barisan Revolusi Nasional (BRN) besides MARA Patani – a so-called umbrella organisation – as well as civil society organisations. BRN sources said their leaders were not in a mood to talk and have other priorities, like enhancing the capacity of their organisation and personnel to get a better understanding of international norms.

Udomchai was supposed to meet BRN leaders Abdulloh Waemanor and Deng Awaeji on November 24 in Malaysia. But the two declined to show up and went into hiding. Malaysia is trying to pressure them into joining the talks, sources said.

Briefing journalists at the Foreign Correspondents Club of Thailand in Bangkok over the weekend, Udomchai thanked Malaysian Premier Mahathir for the input and said his committee also was considering Mahathir’s idea of special autonomy.

But he said Thai authorities would first have to decide on the level of autonomy the region could be granted, as well as the terminology, “to ensure it wouldn’t pose any problem to the area”, since the provinces are also home to many Buddhists.

Udomchai said Prime Minister Prayut Chan-o-cha had characterised the proposal as more a matter of “distribution of power”, but regardless, Thailand was grateful for Mahathir’s suggestion.

Udomchai, appointed the head of the dialogue committee in October, said it intended to include all stakeholders in the discussions – both those actively seeking change and those content with the province’s current administrative status – to try and find common ground.

He said the committee was currently focused on building trust to make the dialogue appealing to all groups. It was important to respect international law and people’s rights, he stressed.

Udomchai wants to keep the dialogue “informal” so that people involved in the insurrection are comfortable enough to express their views.

He said the committee would honour any request to keep the content of discussions confidential.

“If there is anything we can do, we’ll do it right away,” Udomchai said. “There’s no need to countersign or anything, but if it really requires that, we’ll pass it on to the PM.

“For now, we’re giving them time. They can come and talk whenever they’re ready. We’re not rushing anything, but the quicker the better, because we have human lives at stake here.”