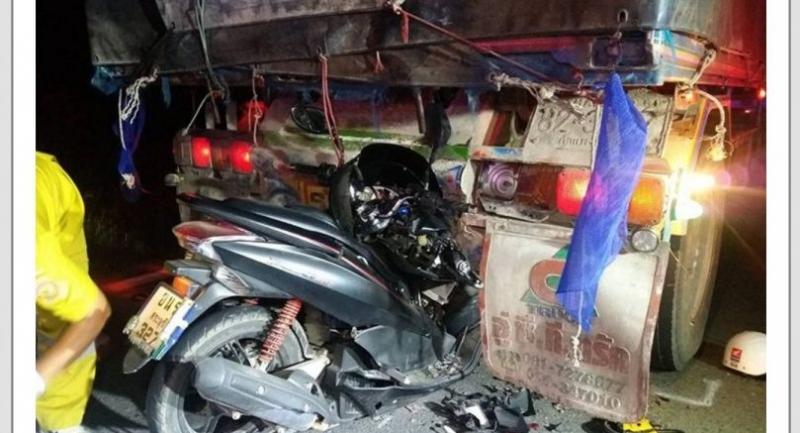 A couple was killed when their motorcycle crashed into the rear of a trailer truck parked on an Ang Thong roadside early Monday, leaving behind four daughters.

Police said the accident happened at 1am on the Bangkok-bound Asia highway in Moo 5 village in Tambon Chaiyaphum, Ang Thong's Chaiyo district.

The truck driver, Kamolnatee Srisat, 22, told police that he had pulled over to urinate when he heard a loud crash.

He walked round to the back of the truck and found the victims.

Ploypairin’s mother, Samree Pitsuwan, 51, who lives in Phichit, told police that the couple had visited their four daughters at Samree's house over the weekend and were returning to work in Saraburi.