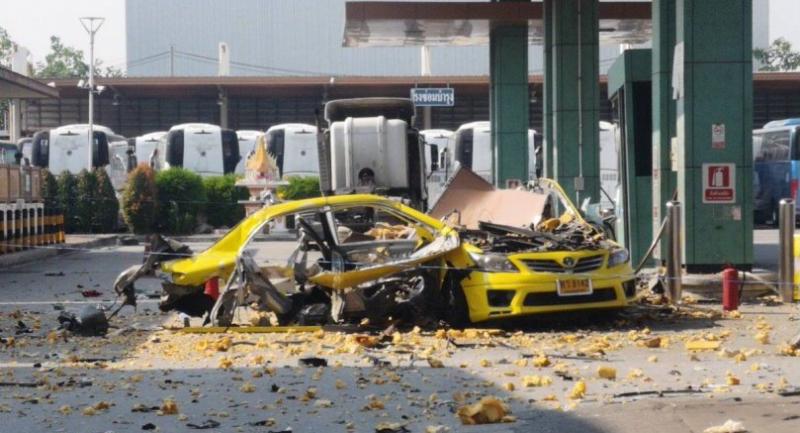 The incident near Soi Wat Sriwaree Noi took place at 2.30pm while the gas station workers were filling up a Toyota Altis taxi’s tank.

The explosion seriously injured the taxi driver, Wichai Buadok, whose clothes were torn off him in the blast, while two of the station’s employees were slightly hurt.

All three were rushed to hospital.

Wichai’s taxi was wrecked by the explosion, which also damaged the station’s gas-nozzle booth. Bang Phli police were probing the cause of the explosion as of press time.