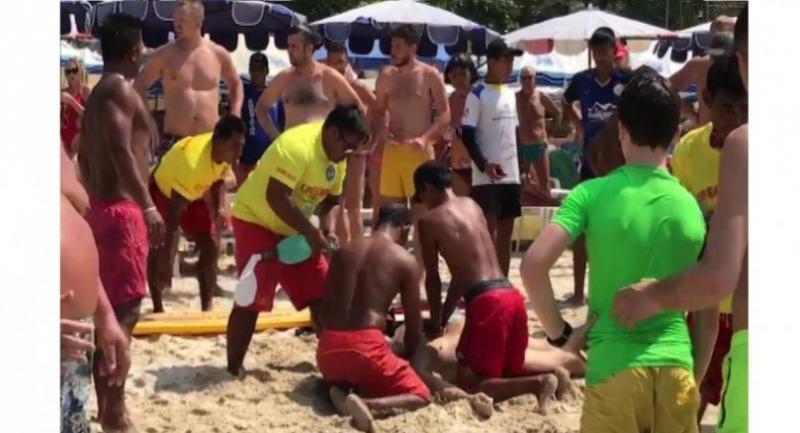 Lifeguards at Patong Beach rescued a 77-year-old Swedish male tourist from drowning after he lost consciousness whilst in the water.

Lifeguards pulled Berlin Goran out of the water after he passed out whilst swimming at the beach.

Head of the Patong lifeguard Somprasong Sangchart said: “We saw other swimmers wave their hands and call for help after they saw Mr Goran floating face down in the water. We rushed in to retrieve him, he was about 40 metres off shore.

“Mr Goran was unconscious and his pulse was very weak. Lifeguards provided CPR and recovered Mr Goran’s pulse and consciousness. He was taken to Patong Hospital.”

Doctor says that Goran was very lucky that he was rescued immediately. They say if there was a longer delay he would probably have died.