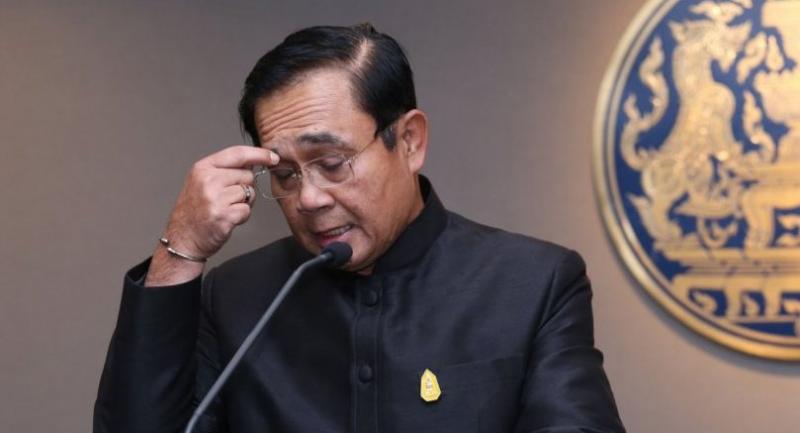 PRIME MINISTER Prayut Chan-o-cha appeared to admit for the first time yesterday that the expected election date would be altered after weeks of uncertainty.

“We’re going towards full democracy. There will be an election no matter what,” the junta leader said. “[The election date] will be changed but still it will be by May 9.” He was referring to the deadline set by the Constitution prescribing that the poll must be held within 150 days after the electoral organic laws were in effect.

This is the first time Prayut has admitted that no matter what, the election will have to be rescheduled from the previously planned date of February 24. With the Royal Coronation Ceremony scheduled in recent weeks for May 4-6, the government has said a rescheduling may be needed to avoid a clash with the post-ceremony |period in which King Maha Vajiralongkorn has related duties.

In the two weeks since the possibility of an election delay was put on the table, pro-election protesters and members of the public have expressed dissatisfaction over the repeated postponements and have demanded that the government maintain February 24 as the poll day.

Protests have been seen in many areas inside and outside Bangkok. Unless the government confirms the election date by Friday a major demonstration will be staged the following day by a pro-election group led by Sirawith Seritiwat and Nuttaa Mahuttana at the Democracy Monument in Bangkok.

Outside Bangkok, similar rallies are taking place at universities in different provinces. Students and members of the public yesterday joined a movement at Khon Kaen University calling for a speedy election. Protests are planned today and tomorrow for Burapha University in Chon Buri province, Silpakorn University in Nakhon Pathom province, Chiang Mai University in Chiang Mai province and in front of Government House in Bangkok.

The Royal Decree that would order an election be held has yet to be published in the Royal Gazette.

Meanwhile, there has been a strong sign of the election being put off until March 24. Deputy Prime Minister Wissanu Krea-ngam has said it could be a perfect date, given that the post-election activities would not be likely to clash with the royal enthronement in May.

Election Commission (EC) secretary-general Jarungvith Phumma also signalled yesterday that March 24 was a feasible date. The agency could finalise the election results within 45 days instead of the 60 days allowed by the Constitution, he said.

In that time frame, the election results could be announced by May 9. A debate has arisen over whether the 150-day time frame for holding the election should include this announcement or be limited to the voting.