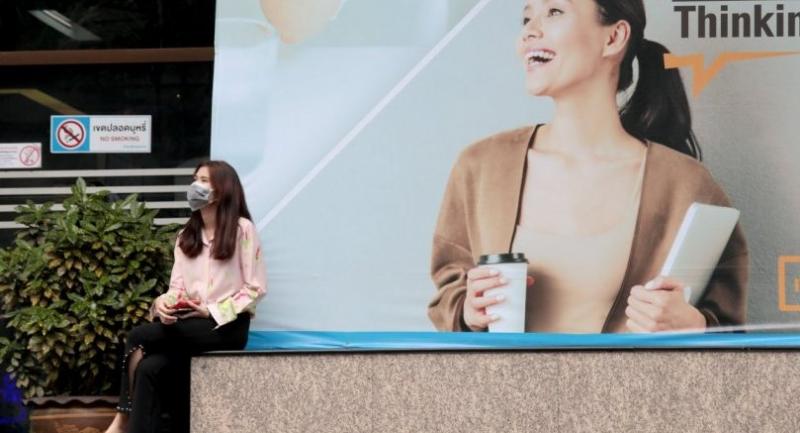 BANGKOK’S AIR quality has not reached a critical level yet, authorities said, though the daily average of PM2.5 levels in the city has remained above 50 micrograms per cubic metre of air during the last seven days.

Health Department director-general Dr Panpimol Wipulakorn told a press conference yesterday that the smog situation in Bangkok was still not serious enough to be treated as an emergency and intense measures were not needed to mitigate the problem.

Panpimol said that as of now, Bangkok’s air quality was overall at orange level, or having a daily mean PM2.5 level of 51 to 90 micrograms, which are above Thailand’s safe limit for PM2.5.

However, she said the PM2.5 level in the capital had not yet reached 200 micrograms, or stayed above 90 micrograms for several consecutive days, so the situation was not considered serious enough for the authorities to come up with stringent emergency measures. Urgent measures to tackle air pollution and protect the people’s health such as the closure of schools or a restriction on outdoor activities could cause disruptions and inconvenience to people’s daily lives, she said.

“The smog situation is not that serious, as only some areas of Bangkok, some times, have seen the PM2.5 level rise to above 90 micrograms per cubic metre. So, the proper advice for residents of Bangkok is to avoid going to the PM2.5 red zones, while people in the orange zone should refrain from outdoor activities,” Panpimol said.

“Patients with respiratory diseases should always remain indoors and go to the doctor right away if their sickness worsens.”

Leading environmental health expert Sonthi Kotchawat, however, hit out at the authorities, saying their criteria for severity of air pollution was unacceptable and incapable of protecting people’s health and well-being.

“We cannot wait until people get sick from air pollution,” Sonthi said.

“In China and Hong Kong, the authorities will start enforcing legal measures to mitigate air pollution once the PM2.5 daily average level rises over 50 micrograms per cubic metre for more than seven days.” According to the World Health Organisation (WHO), the recommended safe limit daily average for PM2.5 is 25 micrograms, which is half of Thailand’s PM2.5 safety standard of 50 micrograms.

Meanwhile, the country director for Greenpeace Thailand, Tara Buakamsri, said the time had come for Thailand to raise its PM2.5 safety standard so as to properly cope with the public health emergency caused by air pollution. A Thai wears a protective mask as smog pollution obscures buildings in the background at Lumpini park in Bangkok. // EPA-EFE PHOTO

Tara said Thailand has never upgraded the country’s safety standard for PM2.5 since it started the official monitoring of PM2.5 in 2010.

“Despite a lot of scientific evidence confirming the serious health threats of PM2.5 and that the smog situation in Bangkok and many other cities in Thailand could be regarded as a public-health crisis, the authorities are still using an outdated PM2.5 standard from nine years ago,” he said.

He called on the Pollution Control Department to raise the country’s PM2.5 safety standard relative to the Sustainable Development Goals and with a clear time frame. He suggested upgrading the safety standard for PM2.5 to 35 micrograms within this year and to 25 micrograms by 2030.