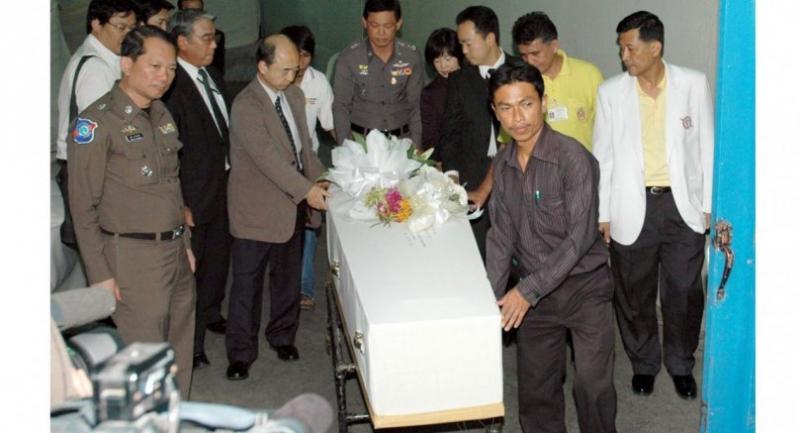 The father of a 25-year-old Japanese tourist who was raped and murdered inside Wat Saphan Hin in 2007 has appealed to the prime minister for help in solving the case.

Yasuaki Kawashita said that more than 11 years has passed with no progress in his daughter's case, and murder has a 20-year statute of limitations.

He pleaded for help from Prime Minister Prayut Chan-o-cha and also urged the media to inform the public about the reward.

Kawashita and his wife, accompanied by Japanese Ambassador to Thailand Shiro Sadoshima, met with Deputy Prime Minister in charge of justice, ACM Prajin Juntong, at Government House on Thursday.

Prajin said that the prime minister assigned him to talk and assure the family that the Thai government would not abandon the case.

Prajin said he agreed to increase channels to urge the public to provide any leads they may have, and added that the reward for information would be increased from the current Bt1.6 million to Bt2 million, to encourage people to come forward.

The body of Japanese tourist Tomoko Kawashita, was found inside Wat Saphan Hin in the Sukhothai Historical Park compound on November 25, 2007, with physical evidence indicating that she had been raped. The DSI took up the case in 2011 after no progress had been made in the investigation.

Although the DSI checked the DNA of 300 people living near the park, no one matched a DNA sample found on the girl's body.