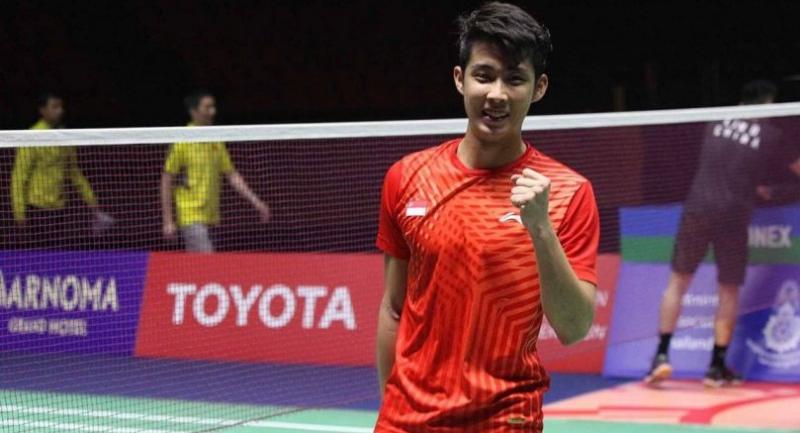 Rising Singapore badminton star Loh Kean Yew has his sights set on a place at the Tokyo Olympics after a stunning victory against Chinese great Lin Dan in Thailand.

Rising Singapore badminton star Loh Kean Yew has his sights set on a place at the Tokyo Olympics after a stunning victory against Chinese great Lin Dan in Thailand.

"It is a big breakthrough, I did not really expect it," the 21-year-old told AFP late Wednesday.

"He's an experienced player so it was not easy to catch him off-guard."

Loh shot 48 places up the world rankings, and is now 77th following his victory over Lin, who was the top seed at the tournament in Bangkok.

He will have to finish far higher up the rankings to qualify for a place at Tokyo 2020 -- but he hopes to make enough progress in the coming year to do so.

"My goal is to try to qualify for the Olympics, and then of course try to win the Olympic medal," said Loh.

Loh played down suggestions that he could emulate the success of Joseph Schooling, the Singapore swimmer who won the tiny city-state's first ever Olympic gold medal at Rio in 2016.

But he added: "Nothing is impossible, and I have always been trying to achieve that dream."

For China's Lin, 35, the loss was another crushing blow after a recent run of poor form.

The former world number one, who has earned every major prize in badminton during a stellar career, suffered a string of first-round defeats last year and is currently ranked 13th, below compatriots Shi Yuqi and Chen Long.