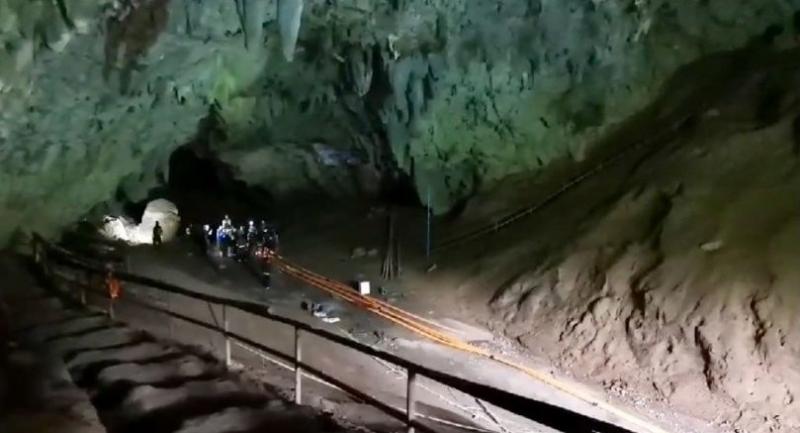 By NATTHAWAT LAPING
THE NATION

THE AUTHORITIES have started an initial survey of the Tham Luang Nang Non caves in Chiang Rai province, made famous by the headline-grabbing rescue of a team of young footballers in July.

Jongklai Worapongsathorn, deputy chief of the Department of National Parks, Wildlife and Plant Conservation (DNP), led a 35-strong survey team to survey the cave complex yesterday after flood levels had dropped and it was deemed safe enough. The team included members of the Navy Seals and British cave expert Vernon Unsworth.

He said no equipment will be moved until after a decision is made by City Hall on January 25.

The survey took an estimated six to eight hours. Since the cave complex is closed to visitors to make sure everyone returned afterwards, every member of the survey team had to sign a logbook before going in .

They carried bags to collect garbage and reported that all the equipment, including electrical wires, air tubes and water pipes, will remain untouched for now.

The DNP hopes to turn the huge limestone cave network into a tourist destination after the damage inflicted during the rescue operation is repaired.

Clear signs warning which parts of the cave are off-limits will be put up to prevent a repeat of last year’s incident, the authorities said.