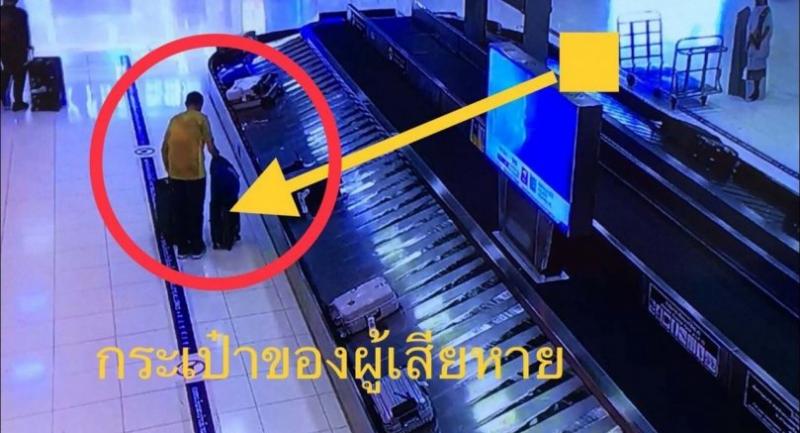 Immigration police at Suvarnabhumi Airport have arrested a Belgian man who was accused of stealing Chinese tourist's suitcase on January 2.

The suspect, Patrick Fernand Coulier, 53, was detained on Wednesday at a VietJet Air counter.

Cai alerted police that his luggage, containing items worth about Bt100,000, went missing on his arrival at Suvarnabhumi Airport.

Security camera footage showed an elderly man wearing a yellow T-shirt and jeans picking Cai's luggage from the luggage carousel and leaving the airport in a taxi.

Investigation identified the suspect as Coulier, a Belgian, and Samut Prakan Court issued an arrest warrant for him.

When airport police arrested him after he checked in at a VietJet Air counter, he had the stolen luggage in his possession.

Police said he admitted he stole the luggage and said he had stolen luggage several times. He said he usually stole regular luggage not expensive baggage.