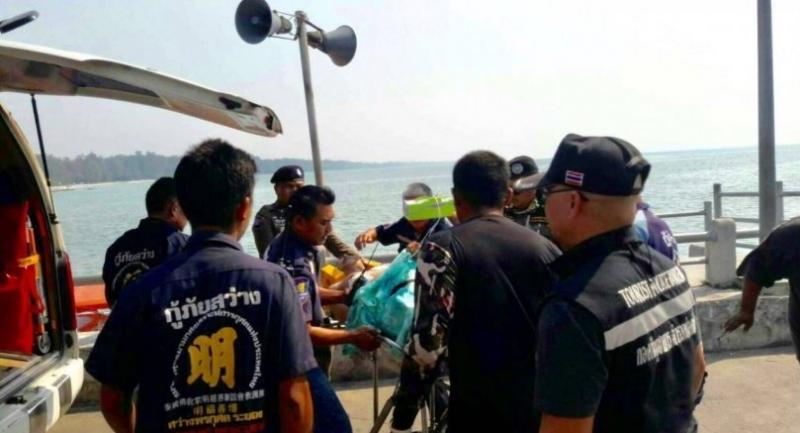 A 58-year-old Chinese tourist, who was battered by waves in the sea off Koh Samet’s Haad Sai Kaew Beach in Rayong province on Saturday afternoon, died while being transported to a Muang district hospital.

Police was told by the victim’s Chinese tour group fellows that the 58-year-old Xiang Xeng Xui (not official spelling) arrived at a hotel near the beach on Saturday along with tour group members. He and some others went for a swim. The man suddenly sank under waves after struggling a while but others searched and rescued him shortly afterwards. He was resuscitated and rushed onto a speedboat to seek medical help to a mainland hospital but he died on the way, police said.

The body will be sent back to his family in China, while fellow-tour group members returned to Bangkok from Koh Samet on Sunday.