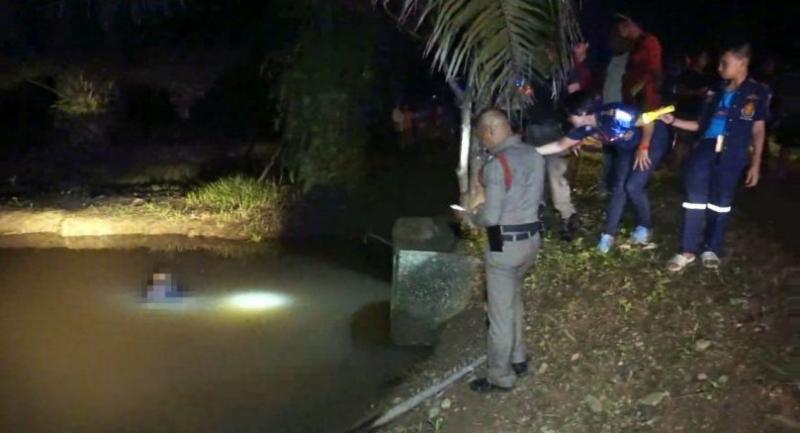 A first-year student at a local vocational school was found dead with a gun wound to his head in Chumphon Sunday night, two days after he disappeared.

The body of Kraisorn Sutthani, 16, was found floating in a creek in a rubber plantation in Tambon Thung Tako of Thung Tako district Sunday night by a local villager.

He had been shot in the right temple. A doctor determined he died about two days ago.

The body was found about one kilometre away from his house.

His family told police that Kraisorn sent a Facebook message to his Father on Friday that his friend was giving him a lift home on his motorcycle. His friend was due to drop him at the front of the soi leading to his house but he never arrived.