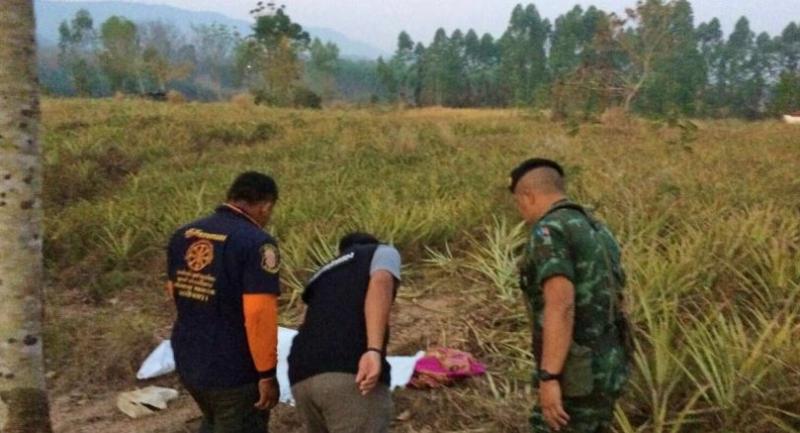 The elderly owner of a pineapple plantation in Chachoengsao was killed by two wild elephants early Monday, local villagers said.

District officials, army troops and wildlife officials checked the plantation in Ban Khao Kluaymai of Chachoengsao’s Tha Takiab district at 6 am Monday after being alerted of the death.

They found the body of Ek Homhuan, 73, on the ground near a hut where he spent the night to watch over his pineapple plantation.

His friends and relatives told the authorities that while they were tapping rubber trees early Monday, they heard wild elephants making angry sounds.

They went to check and saw two wild elephants demolishing Ek’s hut and pulling him outside before kicking him to death.