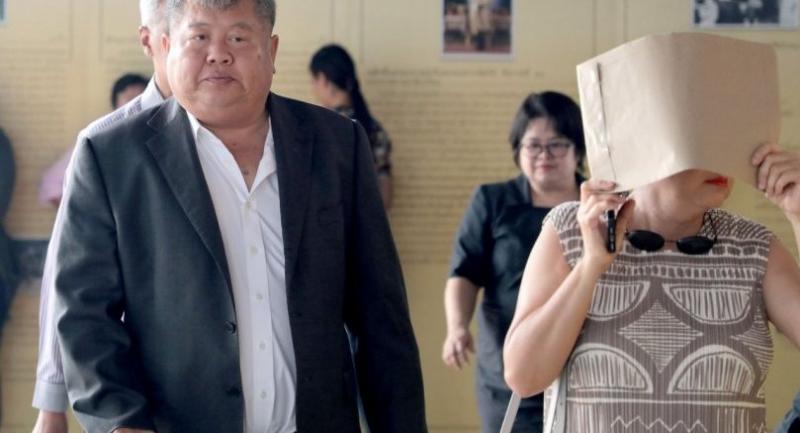 Premchai Karnasuta, the president of construction firm Italian-Thai Development who faces charges centred on illegal poaching in a Kanchanaburi wildlife sanctuary, appeared in Criminal Court in Bangkok on Monday on separate charges of smuggling and illegally possessing two pairs of tusks from African elephants.

Premchai, his wife Khanitta and an associate, Wandee Somphum, have all pleaded not guilty to the charges.

Police found the tusks while searching Premchai’s Bangkok home in February last year after he was arrested in Thung Yai Naresuan Wildlife Sanctuary in possession of a rifle and animal parts.

Khanitta’s registration documents for the tusks identified them as coming from domestic elephants, but investigators determined they came from African elephants, and the couple had no permit to import ivory.

Khanitta argued that the tusks were a family inheritance.

Premchai arrived at the court using a walking stick, while his wife held a large envelope to her face to hide from photographers.

Billionaire Premchai’s arrest at a forest campsite with carcasses of protected animals including a black leopard triggered a public outcry.

Both cases are being keenly watched in the expectation that his wealth and connections to influential figures will eventually help him evade punishment.