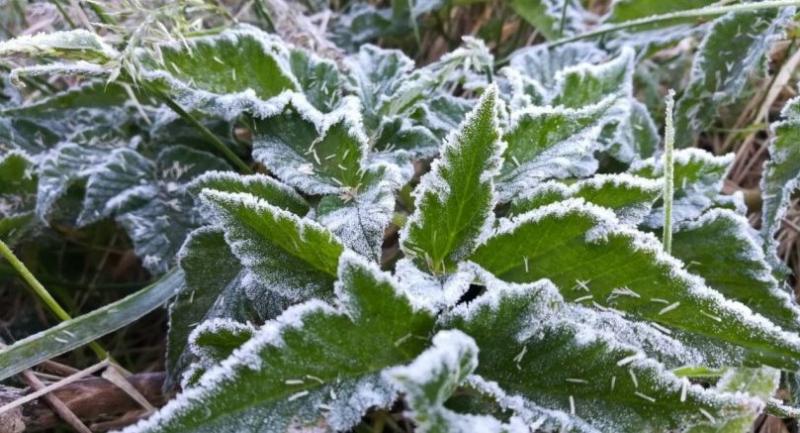 Tourists who flocked to Doi Inthanon early Monday morning were treated to a beautiful white frost that blanked the mountaintop, as a new high-pressure front from China caused the mercury to fall to zero degrees Celsius.

Kritsayam Kongsattree, chief of the Doi Inthanon National Park in Chiang Mai’s Jom Thong district, said that this winter’s frosts had happened on the mountaintop so many times that he had lost count.

He said today’s lowest temperature at the top of Doi Inthanon had been recorded at zero degrees early in the morning, while the Kiew Mae Pan viewpoint, where tourists enjoyed the first rays of sunrise, had seen the temperature drop to 5 degrees.

The temperature at the park office halfway up the mountain was 8C, he added.

Kritsayam also said that because the sky was so clear of cloud, tourists had enjoyed watching a sea of early-morning mist, which turned gold due to the rays of the rising sun.