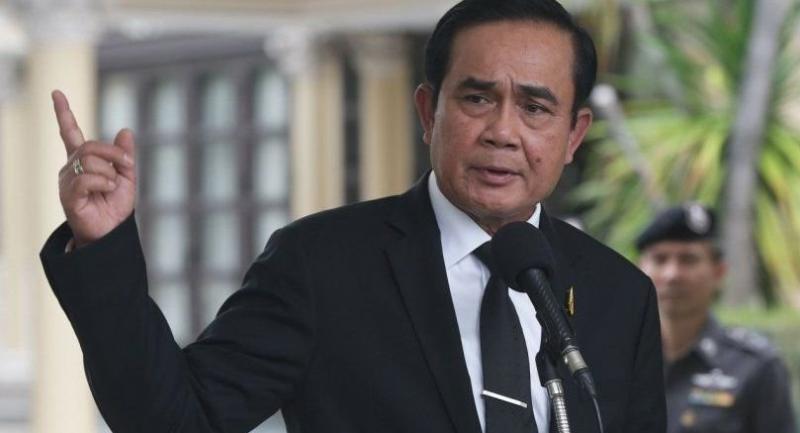 POLITICAL scientists warned yesterday that the elections may be postponed beyond March 24, and there is a high chance that it will be held after the coronation of the King if the Royal Decree is not published this week.

Describing Article 44, which grants the junta leader absolute power to overrule even the Constitution, as a “wonder of law”, political scientists at the “Election 2019?” forum said it could very well be used to postpone the elections.

The forum was held at Thammasat University’s Tha Prachan Campus.

Prajak Kongkirati, a political scientist from the university, said it will not bode well if the Royal Decree is not issued this week as promised by government officials.

Though the current most likely election date is March 24, Prajak said if it was to be postponed, then it will likely be held after May 9 – the final date forced by the Constitution.

“Though it will be unconstitutional, holding it after May 9 may still be possible with the ‘wonder of law’,” the expert said. “However, that would mean we enter a political black hole where the Constitution is meaningless and no rules are the norm other than Article 44.” In fact, Prajak said, a pessimistic few believe an election may not even be a possibility this year.

This is taking into account a recent movement calling for peace before the elections. A group, calling itself “Unity before Election”, took to the streets on Saturday demanding that pro-election protesters stop making demands.

The group said this was not the time to demand an election, especially since the country is getting ready to celebrate the coronation of King Maha Vajiralongkorn in May. This, the scientists said, may suggest that the election could be further postponed.

On Saturday, ultra-rightist Army officer Maj-General Tanasak Mitrapanont, posted a video on YouTube, saying the election should be postponed to focus on the coronation. In the clip, Tanasak calls on Thai netizens to launch a campaign both online and offline for the elections to be delayed for the sake of this special occasion for royalists.

Prajak also indicated that there have been moves to push a new discourse that the elections should not be held until there is peace in society.

However, the political expert pointed out that failing to hold an election would only put Thailand in a state of “uncertainty” and “unpredictability”.

“We keep making promises to the international community, but then we keep putting the elections off. This makes us look erratic,” he said. “With this unpredictability, governments and investors have no idea what to expect from us. This is not good for the country or anyone.”

This also generates tension within the country, the expert said.

“An election is a political process where people reconcile [their differences]. It brings conflict into the system,” Prajak said. “Not having reliable rules is dangerous. It means that we have to resort to violence and resolve the issues in the street.”

The idea of achieving peace before election is a myth, Prajak stressed, adding that differences and conflicts are common and we need an election to sort them out and ease the tension.

Other political scientists, Siriphan Noksuan Sawasdee and Stithorn Thananithichot, agreed that the junta may resort to using Article 44 to reschedule the election given the current uncertainty. Siriphan, too, said this would create a black hole in politics, but the best way to go about it would be to at least set a timeframe, such as 60 days after the coronation.

Meanwhile, Prime Minister General Prayut Chan-o-cha told the press yesterday: “[The Royal Decree] will be out soon. Calm down. It’ll be out very soon.” However, he refused to say exactly when it will be published despite the public’s intense curiosity and concern.