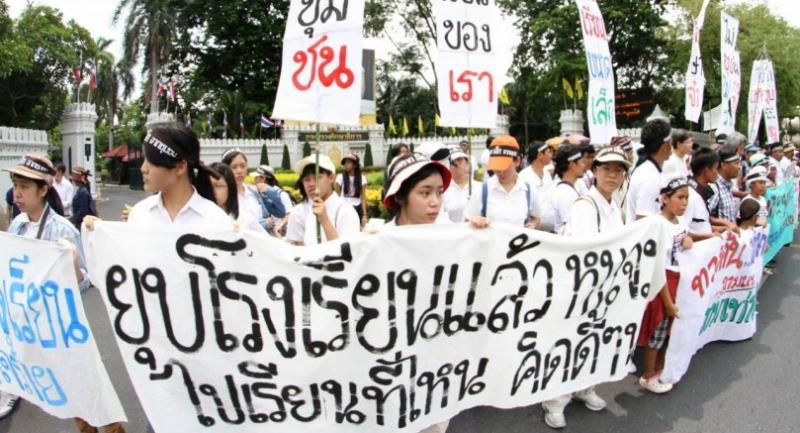 THE WORLD BANK is continuing its call for Thailand to merge its small schools in order to improve education.

“Our research has found clear evidence that teacher shortage is a key factor behind the educational-quality problems,” Dilaka Lathapipat, a human-development economist at the World Bank, told a seminar yesterday. “In order to best manage the existing pool of teachers, Thailand will need to reduce the number of small classrooms.”

The seminar was organised by the Office of the Education Council to discuss the issues of inequalities and quality of education.

Dilaka said research has found that despite boosting the budget for its education sector, Thailand had seen no improvement in students’ overall performance.

According to him, Thailand’s spending in the sector has proved to be ineffective at small primary schools where the teacher-to-students ratio is at 17:1.

“It is not possible to fill all classrooms at such small schools with teachers. So, the Office of Basic Education Commission should merge these schools,” he said. “This way, human-resource efficiency for the educational sector will increase,” he said, adding that this model will significantly boost Thailand’s educational-management efficiency. For instance, he said, the government’s expense for teachers’ salaries would be reduced by Bt49 billion a year.

“This model, moreover, promises to increase educational quality and solve the shortage of teachers on a sustainable basis,” he said.

Education Council’s secretary-general Supat Jampathong said the school-merging idea had been around for many years.

“We have been taking action where possible, [but] for schools to be merged we have to take into account the response of communities involved as well as the laws,” he explained.

Supat said he will forward the World Bank report along with the proposal for merging the schools to Education Minister Teerakiat Jareonsettasin for review.

The seminar also heard from experts who argued for further decentralisation rather than a merging approach. Gerald W Fry, a lecturer at the US-based Minnesota University, told the seminar that Thailand should revolutionise its education sector to make effective changes.

“I would like to recommend decentralisation and an area-based approach in improving educational quality,” he said.

According to him, if school executives have the power to make decisions, they will be able to solve problems more efficiently as they know local context best.