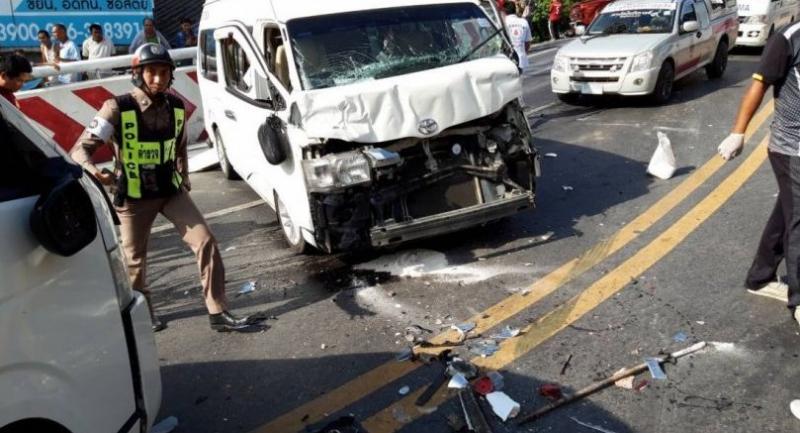 A tour bus accident on Patong on Wednesday afternoon, the third such incident in the same spot within 24 hours, has caused three injuries. The bus careered down the hill, out of control. There were 10 tourists on the bus who were shaken but unharmed. The three injuries were a van driver and two motorbike riders. They were taken to Patong and Vachira Phuket hospitals.

The 27-year-old bus driver Pantarit Kaewprawat told police that he was driving down the hill when other vehicles in front of him braked suddenly. So to avoid a collision, he said he veered right into oncoming traffic.

Police are reviewing CCTV and dash cam video (pictured). The bus is seen travelling at speed in the oncoming traffic lane, seemingly unable to stop.