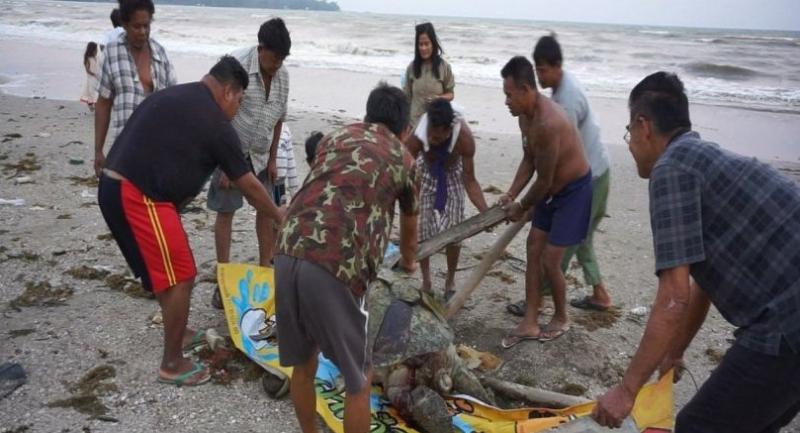 By Prasit Leehukunakorn
The Nation

“I found a piece of plastic in its throat, so I think it’s the latest victim of sea-borne plastic waste,” said Amnuaykiat Timnakha, deputy chief of the Tambon Bang Nam Jeud Organisation.

He was the first to find the carcass, about 20 metres from his home in Lang Suan district.

This female green turtle was 1.8 metres long and weighed about 50 kilograms. It was already decomposing when Amnuaykiat found it.

“We informed the relevant officials and they advised us to bury it first until they get here on Monday to do an autopsy,” he said.

Reports of aquatic animals ingesting plastic waste at sea and dying as a result have become frequent in recent years.

Plastic discarded into or swept to the sea can appear as food to some marine creatures and, once swallowed, it prevents them from eating or digesting actual food.

In other cases, they can get entangled in plastic and are strangled or suffocated to death.