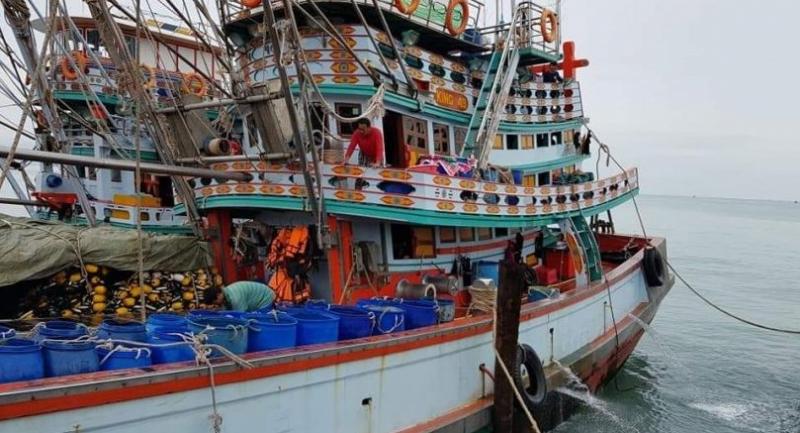 THE LABOUR MINISTER recently met with fisheries-related agencies and representatives of fishermen ahead of Thailand’s January 30 submission to become the first Asian nation to ratify the C188 Work in Fishing Convention despite protests from some in the industry.

Representatives from 22 coastal provinces met with Minister Pol General Adul Sangsingkeo earlier this month to review laws and to discuss issues raised by the adjustments needed to bring practices in line with C188.

-Worker and employer contributions to a compensation fund and guidelines for refunds for workers who quit after less than a year’s employment;

-Workers’ access to health insurance under the Public Health Ministry in addition to private policies as an alternative to Social Security;

-A clearer definition for the term “commercial fishing boat” and which fishing vessels would also be subjected to C188 measures;

-Clarifying the size and types of boats whose workers must be provided housing;

-Clear criteria on the quantity and quality of drinking water to be supplied to workers;

-Adherence to an agreement on the time needed to import migrant manpower, which employers consider a burden on them and on the foreign workers;

-Objections to the Health Ministry collecting fees for employee eyesight and hearing checks beyond the charge for general health checks, and guidelines for patient referrals;

-Rest time calculated for workers might not reflect working conditions on fishing boats, with some Port In-Port Out (PIPO) control centres reportedly citing the need for 10 consecutive hours;

-Clearer criteria for staffing levels based on boat size, with mismatches causing some vessels to be refused departure from port;

-Employers balk at covering expenses for migrants’ repatriation, especially when the workers are in the wrong.

Three other demands by the fishermen were also considered.

They want it made clear what types of vessels would be required to have their condition certified and are concerned about gaining approval for workers of age 16 to serve as “trainees”. And operators object to having to pay into workers’ bank accounts rather than paying them in cash or in advance. The requirement is intended to ensure that workers are paid fully and on time.

Other issues involve work standards at PIPO centres, the GPS-based Vessel Monitoring System, and the level of government financial aid to vessel operators.

C188 became a hot topic after the National Legislative Assembly late last year approved the Labour Ministry’s decision to ratify the convention designed to ensure workers’ welfare and safety. Its measures would come into effect one year after ratification.