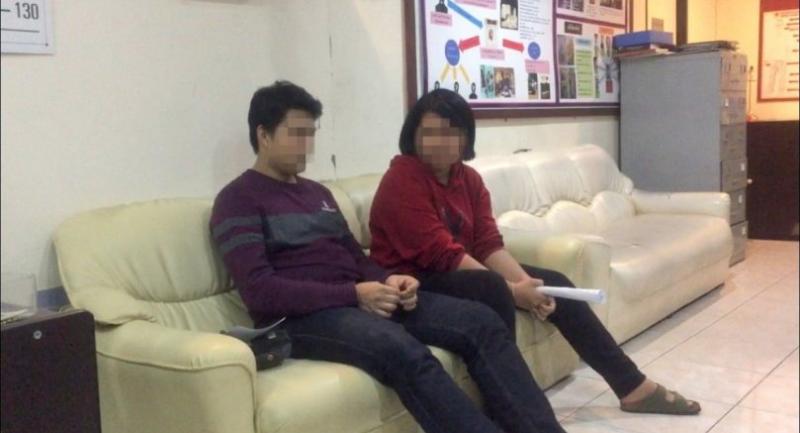 A Thai couple in their late 20s have been arrested this week after having destroyed their ankle-fitted electronic monitoring (EM) devices in December and fleeing, so as to avoid an upcoming trial over their alleged online pyramid scheme. The scheme had reportedly caused Bt120 million in damages to 50 victims, 38 of whom were from Bangkok’s Lak Song area.

Bangkok police chief Pol Lt-General Sutthipong Wongpin told reporters that he had received a report from Lak Song precinct’s investigation team at 12.30am on Tuesday that 28-year-old fraud suspect Tossapol Boonmanut and his accomplice, his wife Piyaporn Pimsantia, also 28, had been arrested in Nakhon Ratchasima’s Mueang district, where they had reportedly been lying low.

The couple, who were initially arrested in Prachuap Khiri Khan on June 14 last year for fraud-related and Computer Act violation – putting false information onto a computer system accessible by the public – charges, were pending a court trial and had been attached with EM devices.

However, facing the prospect of being put behind bars for a long time if the trial, which had been slated to be held last December, went against them, they had decided to flee early in December, using a large pair of ultra-sharp scissors to cut the EM devices off their ankles and travelling in a pickup truck to Nakhon Ratchasima, the couple told police after their re-arrest.

They used the previous arrest warrants for fraud in order to carry out the successful arrest of the couple, he added.

Police will next bring the couple – now facing the additional charges of destroying EM devices and jumping bail – to appear in front of a judge to apply for their detention, pending a rescheduled fraud trial.