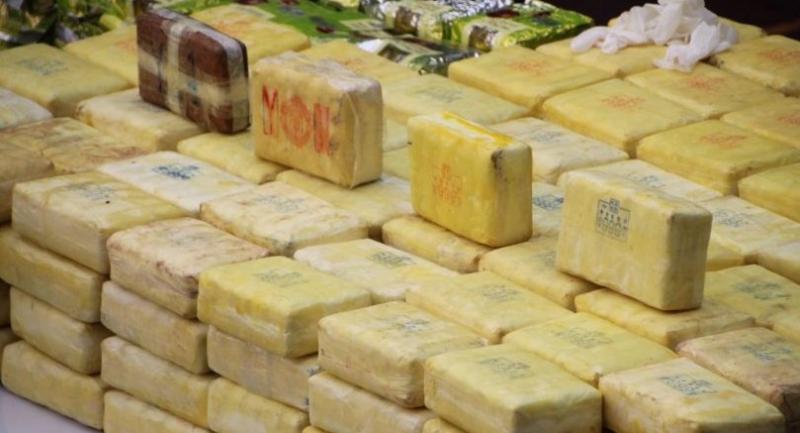 THE OFFICE of Narcotics Control Board (ONCB) yesterday announced that it had managed to prevent 300 million methamphetamine pills from flowing into the country in the final quarter of last year. ONCB secretary-general Niyom Termsrisuk said the agency had also worked with its counterparts in Myanmar, Laos and China to form operational teams of more than 1,000 officials and together they had blocked the flow of 2 million tonnes of precursor chemicals from being smuggled into the Golden Triangle region for the production of the drug during that period.

The precursor chemicals could have been used to produce 30 million meth pills, he added.

Moreover, ONCB officials had managed to block the smuggling of around 300 million meth pills into the country via the northern border with help from the three countries during the same period.

Niyom said the ONCB had also collaborated with other agencies to suppress drug trafficking in the Kingdom during the three-month period and managed to seize 200 million meth pills and freeze assets worth Bt243 million from traffickers.

During the period, the ONCB led officials to search 84,000 villages and arrested 90,000 suspects in some 80,000 cases, he said, adding that 30,000 drug abusers had been sent to receive mandatory rehabilitation.

Many such gangs reportedly applied a method of supplying drugs first and collecting payments later and often resorted to violence when customers refused to pay, he said. The gangs also lured youths to be their drug runners, supplying them in advance with 200-1,000 meth pills at a time via the post, with the youths selling the drugs and then paying the gangs. Niyom urged parents to monitor their children’s use of smartphones and social media to prevent them from becoming victims of the gangs.

The secretary-general said meth pills remained the most troublesome drug for Thailand, followed by “ice”, or crystal meth, although most of the ice was smuggled in for re-exporting.

The ONCB is also monitoring against ketamine, which has been widely used at Thai entertainment venues.

In addition, the agency is drafting a new drug bill to re-address the issue of marijuana and kratom leaves (Mitragynine). Niyom said the new drug law would be the “most advanced” among Asean nations, but he declined to elaborate on its contents.

Academics have called on the authorities to decriminalise the use of marijuana and kratom, arguing that the plants offer more medical benefits than harmful side-effects.

In the meantime, ONBC officers joined with the police and army to raid 20 locations in Samut Prakan’s Bang Phlee and Bang Sao Thong districts believed to be linked to a drug-dealing gang led by fugitive Panya “Dong Bangchalong” Kleunsungnoen, 30.

Officers arrested eight alleged gang members, some of whom were wanted for drug-dealing charges, but Panya remains at large, said national police deputy commissioner Pol General Chalermkiat Srivorakan. Police also took in Panya’s mother for questioning about the money in her bank account, over suspicions that it might have come from the son’s illicit drug trade.

The gang took orders online and delivered the goods to retailers via a jet-ski on a canal.

In related news, a Thai man was arrested on Monday night in Chiang Rai with four million methamphetamine pills he is alleged to have smuggled from a border spot. Police found Mae Saruay district resident Surachai Bese, 27, hanging around near the pickup. Police asked Surachai to lift the tarpaulin in the truck bed and under it they found 25 bags containing the drugs.

Surachai was taken to the Chiang Rai narcotics suppression office for questioning. Police are seeking to identify the drug boss who hired him to smuggle the meth through the border.