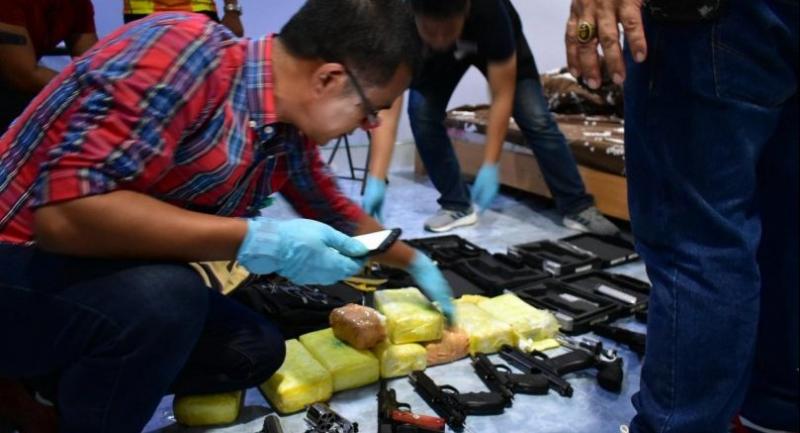 A man was arrested in Phatthalung's Muang district on Tuesday with 76,000 methamphetamine pills and six pistols and over 100 rounds of ammunition. Police said Phurithat Buakaew, 29, was arrested at his house in Moo 8 village in Tambon Tha Kae at 5:30pm following tips-off by neighbours that he was selling drugs to neighbourhood youngsters.

He was taken to the Muang Phatthalung police station for questioning before he allegedly admitted that he had more drugs hidden at his rented apartment in Tambon Khuha Sawan.

Phurithat reportedly told police that he has been selling drugs in the neighbourhood for a year. He got the latest delivery from a Burmese man on Sunday, he said.