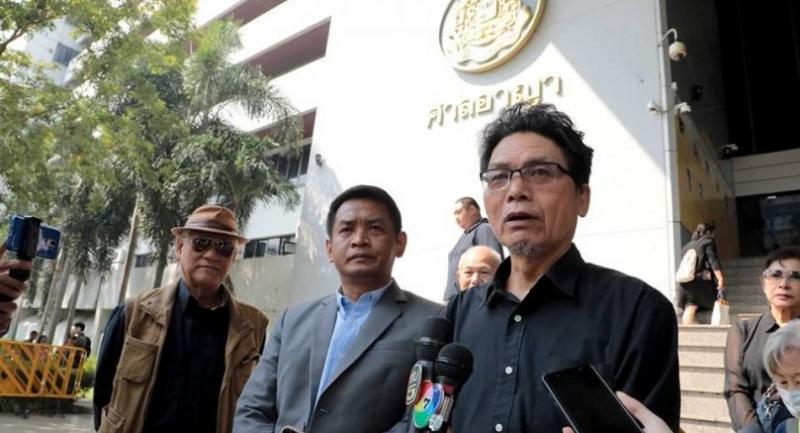 The Appeals Court on Wednesday upheld the First Court’s rulings that dismissed a trial against nine yellow-shirt leaders who demonstrations against late prime minister Samak Sundaravej in 2008.

They were found not guilty by the Appeals Court which ruled that their protests under the now-defunct People’s Alliance for Democracy, or so-called yellow shirts, were conducted peacefully and according to democratic principles.

They were accused of attempting to use force to change the government and instigating chaos in the country. They moved their protesters around in Bangkok, blocked roads and seized government offices.

They were also accused of possessing weapons such as baseball bats, iron bars and catapults.

The Appeals Court dismissed the accusation, saying that the public prosecutors could not charge the defendants as they have already faced similar charges in another trial.

The court also found that the defendants were not guilty when they obstructed the authorities’ attempts to demolish their tents, saying that the incident did not start from the defendants’ side.

Moreover the weapons, such as axes and iron bars, retrieved from the protest camp may not have belonged to the protesters as they were found after the activists dispersed.

The court ruled that the protests led by the nine defendants in 2008 were conducted peacefully, in a manner which was allowed in a democracy and under the Constitution.

Somkiat and Suriyasai thanked the court and the justice system for the ruling.