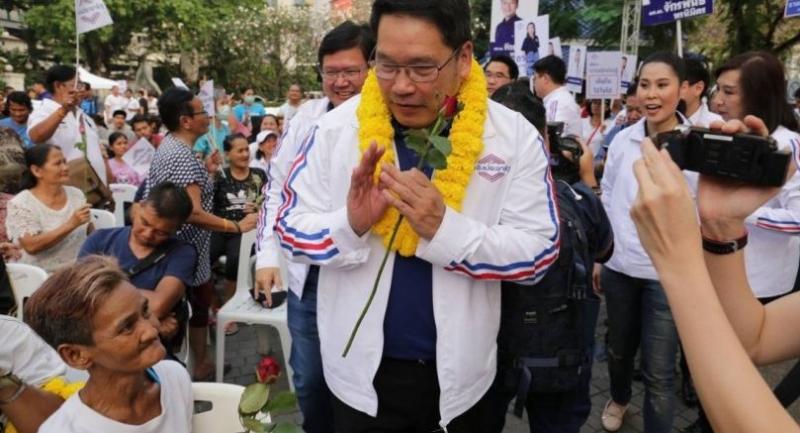 Uttama, who is also party leader, stepped down from his Cabinet post on Tuesday along with three other ministers. Prayut and Somkid, however, are hanging on to their positions despite heavy criticism.

Meanwhile, the party’s secretary-general Sontirat Sontijirawong said the list is still a proposal and that the nominees’ consent will first be sought before it is handed over to the Election Commission (EC) next week. He also said the nominations had been made by party members across the country.

The Constitution requires that the PM be selected from a party list of nominees, provided the party wins at least 25 seats in the House of Representatives.

Each party can nominate up to three prime ministerial candidates.

The Constitution also allows the Parliament to waive the list and opt for an outsider provided half of the 750 members of Parliament agree to do so.

Critics believe this stipulation could very well open the way for Prayut to return as an outsider PM. However, the general insisted on Tuesday that he would only return as premier if he were nominated by a party. He also said he will confirm next week which party he plans to run under.

He has until next Friday to make a decision because that is the last day for parties to submit their lists.

Over a casual tea break yesterday, Prayut told the press that several parties wanted him as their PM |candidate, but he could only |choose one, adding that he would base his decision on their policy proposals.

As for his infamous short temper, Prayut admitted yesterday that he is learning to be more patient now. Meanwhile, another pro-junta party Action Coalition for Thailand (ACT) has decided not to submit a PM candidates list.

Though ACT is backed by influential veteran politician Suthep Thaugsuban – who already has a substantial number of yellow-shirt supporters – party spokesman Katerut Laothamatas said yesterday that ACT was aware it will not gain enough seats to support a PM.

Separately, Pheu Thai Party, former coalition leader and arch-rival of the regime, yesterday called on Prayut to follow in the footsteps of the four Phalang Pracharat executives, who have quit their ministerial posts.

Party spokesperson Ladawan Wongsriwong said that since Prayut was a stakeholder in the election, hanging on to his post as PM will make things unfair for other players and create a sense of frustration.

Also, Prayut refusing to give up his power will cost him his credibility, Ladawan warned, adding that everybody was watching him closely, especially since all the laws appear to be serving his move to retain power.

Leader of anti-junta party Future Forward, Thanathorn Juangroong-ruangkit, joined the fray yesterday saying Prayut’s status as PM remains undemocratic even though he is |now part of a list that follows constitutional procedure.

“Prayut retains an advantage over others as the junta chief who holds absolute power over everyone in this country,” Thanathorn said.