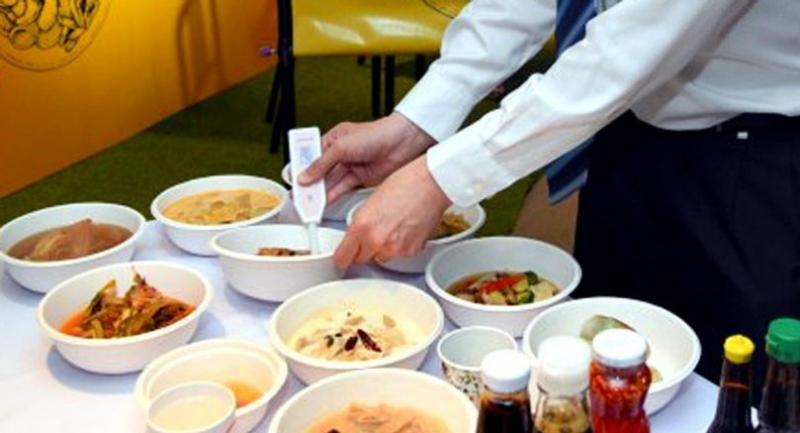 MORE THAN 22 million Thais suffer from ailments due to high salt and sodium consumption and each year 20,000 of them die from one of four main related diseases, costing the country huge losses estimated at Bt98.9 billion a year.

Academics and health advocates are therefore calling on the government to impose a tax on high-sodium food products, claiming that such a measure will lead to the food industry adjusting people’s diets in a move that would cost just Bt5.3 million but help save the lives of 32,670 people.

Low Salt Thailand Network chairman Dr Surasak Kantachuvesiri told a seminar that 13.2 million Thais suffered from high blood pressure, 500,000 Thais from stroke, 750,000 Thais from coronary artery disease and 7.6 million from kidney disease – the last of which also led to 20,000 new people requiring kidney dialysis treatment every year. The seminar was part of the Prince Mahidol Award Conference being held in Bangkok until February 3.

“Sodium over-consumption causes 20,000 Thai deaths a year and, when combined with those ailed requiring medical treatments, results in economic losses worth Bt98.976 billion a year,” Surasak said. A third of Thais ate home-made meals, a third ate street food and a third ate food products from conveniece stores. “More than 90 per cent of Thai families ate instant noodles, equivalent to eight million packs of instant noodles per day,” he added.

Surasak said it was necessary to raise public awareness about the dangers of high-salt diets, and force the food industry to adjust what it offered to be low-sodium. A tax measure –not meant to make the state richer but to make Thais consume less salt and buy low-sodium food products at cheaper prices – could be imposed to make the food industry abide by this, he said. There was the need to cap imported food products’ sodium levels, he claimed, citing the fact that Thai instant noodle had up to 2,000 milligrams of sodium per pack, while a Korean imported one had 7,000.

The limit of sodium in imported food products is on the Food and Drug Administration (FDA)’s agenda to be soon discussed with related agencies, said FDA deputy chief Dr Poonlarp Chanthawijitwong. He said the FDA had announced last year that 13 food products, an increase from the previous five, needed to carry a Guideline Daily Amount (GDA) nutrition facts label for sugar, fat and sodium.

The 13 products were snacks, chocolates, bakery products, instant food products, frozen single-serve meals, drinks in sealed packages, tea, coffee, milk, yoghurt, dairy products, soy milk and ice-cream. The FDA also amended its recommended maximum daily intake for sodium as shown on labels to be no more than 2,000 milligrams, a drop from the previous cap of 2,400 milligrams, he said.

The SHAKE made these recommendations: monitor people’s salt use; work with the food industry in its transition to diets containing less salt; adopt standards for labelling and marketing: implement standards for effective and accurate labelling and marketing of food; communicate information to empower individuals to eat less salt; and enhance the environment to promote healthy eating.

It was found that working with the food industry to change people’s diets offered the most benefits, followed by adding sodium levels to products’ labels.