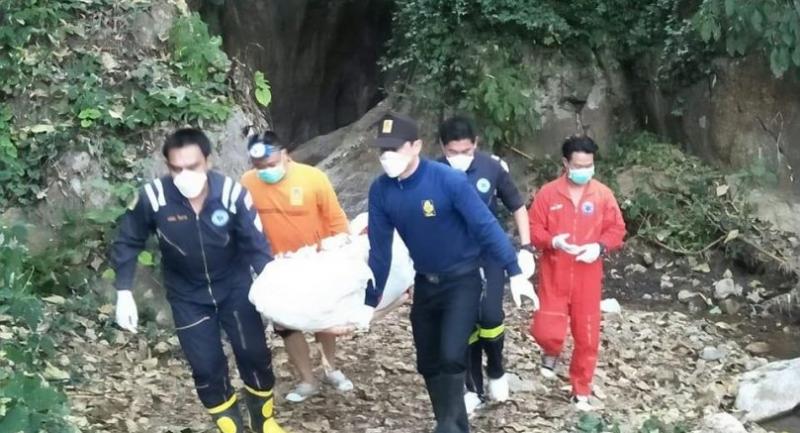 A foreign couple visiting a cave in Lamphun's Mae Tha district found the slain body of an unidentified monk on Wednesday, police said.

The body appeared to be a monk wrapped in a plastic sheet, a mat, a monk bedsheet and a monk robe.

A doctor determined that the monk had been killed several months ago.

The couple found the body in the Tham Thor cave in Ban Mae Lek village in Tambon Tha Khum Ngern.

They said they walked about 30 metres into the cave and smelled a strong stench. They checked and found a body wrapped in plastic.

Police checked and found the body located about 40 metres inside the cave. Rescue workers from a local foundation carried the body out of the cave.