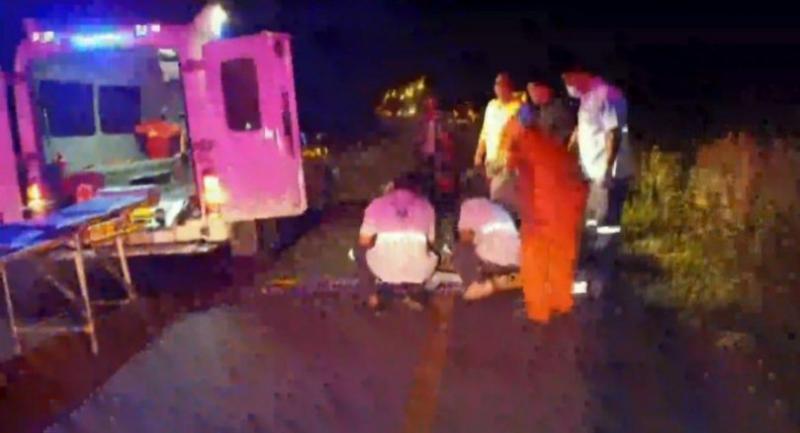 A woman was killed and her husband was severely injured on Thursday when their motorcycle was hit by an unknown vehicle as they were riding to their rubber plantation in Phatthalung.

Police said nobody saw the incident take place, but passers-by spotted the body of Kanong Kachasing, 58, lying beside Wichian Kachasingm, 64, who was severely injured. He was rushed to a nearby hospital.

The accident happened on the Asia highway in Ban Khok Ya village in Tambon Khao Chaison of Phatthalung's Khao Chaison district.

Relatives said the couple were riding their motorcycle to tap rubber trees at their plantation in Ban Bon village of the same tambon.

Police said the two were changing lanes to make a U-turn and they were hit by a vehicle that fled the scene.