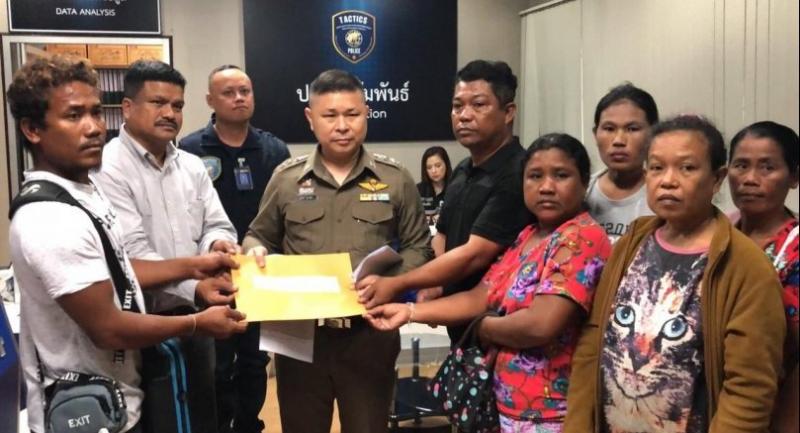 Five impoverished residents of Rawai in Phuket's Muang district say they were tricked into opening bank accounts that were used in romance scams.

Facing arrest warrants over the scams, the five villagers on Thursday filed an appeal with the Royal Thai Police's Taskforce for Information Technology Crime Suppression (Tactics) in Bangkok for help.

The five residents – accompanied by Rawai Moo 2 village headman assistant Niran Yangpan – claimed they had opened the bank accounts to help a fellow villager who said he needed a bank account to collect wages.

They said the villager needed to keep the bank account books and gave each a Bt1,000 reward for their trouble. The five said they did not think of it again until last week when they were told to attend Bangkok's Phayathai Police Station in relation to fraud charge.

The five villagers received donations from the community to fund their travel to Bangkok.

Chief investigator Pol Colonel Chusak Khanatnit collected their petition for help and said he would investigate to ensure justice for them, although the romance scam cases would continue.