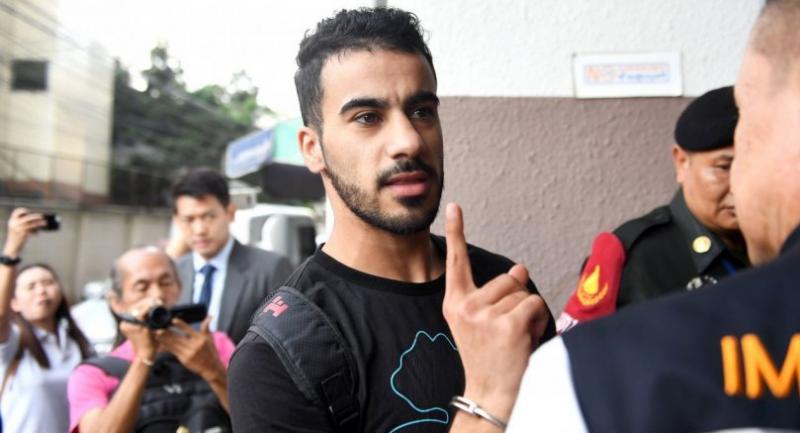 THE ATTORNEY-GENERAL will have to decide by next week whether to extradite the detained Bahraini footballer or allow him to return to Australia.

Prosecutors received an official request from the Bahraini government to extradite footballer Hakeem Ali Mohamed Ali al-Araibi and the request is being reviewed to see if it falls within the 2008 Extradition Act, said Chatchom Akapin, former director-general at the Office of the Attorney-General (OAG)’s International Affairs Department yesterday.

If the OAG does decide to have al-Araibi extradited, then the case must be completed by next week or within 60 days after his detention, he said. Al-Araibi was detained on December 11.

However, even after the OAG proceeds with the extradition, the prime minister still has the power to cancel the order and allow the footballer to return to Australia, where he has refugee status, he said.

Al-Araibi, an acclaimed Bahraini footballer who currently plays for Pasco Vole Football Club in Melbourne, has a permanent-protection visa from the Australian government.

The footballer was arrested at Suvarnabhumi Airport as soon as he arrived on a vacation with his wife.

He had been convicted in absentia of vandalising a police station in Bahrain and is being sought by his country to serve a 10-year prison sentence. In an official statement, Human Rights Watch has said the footballer is being unjustly charged as he was playing a televised match during the time of the alleged crime.

Thailand and Bahrain do not have a bilateral extradition treaty, but provide each other assistance on grounds of reciprocity.