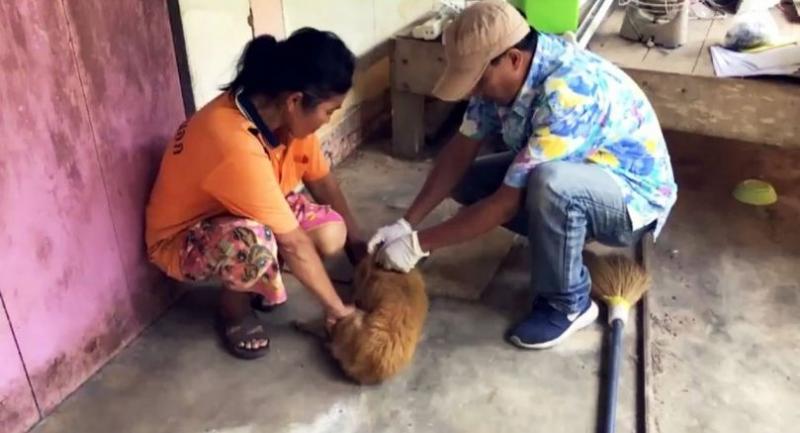 Pet dogs and cats in Krabi's Muang district were vaccinated on Friday after a puppy dog died from rabies in the area on Wednesday.

Officials prepared vaccine for 3,000 pet cats, dogs and strays within a five-kilometre radius from where the puppy was found in tambon Sai Thai and tambon Krabi Yai.

Krabi Livestock Development Office senior veterinarian Chulachat Chulaphetch said his team also investigated the origin of the rabid puppy's death and already vaccinated six people who had been exposed to the rabid animal.

The team was told that a woman who raised a pet dog in tambon Krabi Yai had handed out two of three puppies that her pet dog recently gave birth to.

One of the three puppies, which was given to a resident of Sai Thai, died of rabies. Another, which was kept by the owner, also died although the mother dog was still alive and showed no sign of rabies.

Officials are attempting to contact a lecturer at Institute of Physical Education Campus Krabi, who received the third puppy, to check if that puppy was still alive and get the lecturer vaccinated as a precaution, he said.