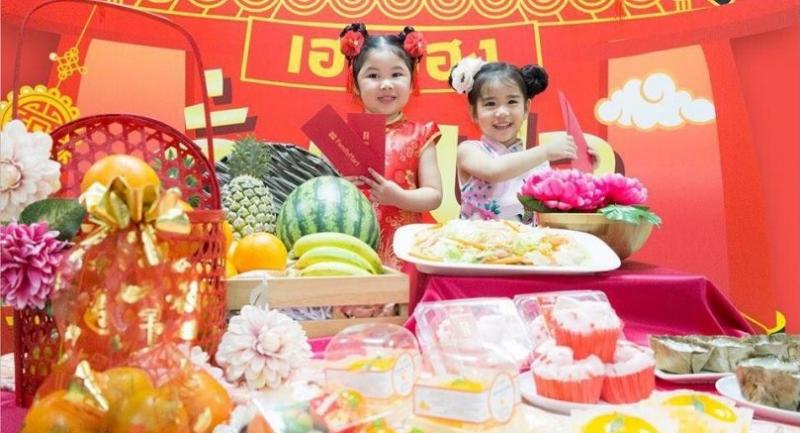 To bring on a lucky beginning in the Year of the Golden Pig, FamilyMart has launched the campaign with special discounts of up to 50 per cent with a full-stream portfolio of consumer products. The convenience store chain says it is moving forward to support the government’s economy-stimulus measure aimed at boosting consumer spending during the lunar new year.

Ruedee Euachongprasit, vice president of Central FamilyMart Co Ltd, said: “The overall picture of the retail market in Thailand during the Chinese New Year is expected to see a robust growth even though individual shoppers decided to save more and buying just necessity products.

“The government’s measure for VAT refund plays a vital part in encouraging people’s spending. FamilyMart itself has increased the number of payment channels for individual shoppers, who can make their payment using the bank's debit card without minimum purchase requirement.

“We also launched "Heng Heng Ang Pao Rub Choke Song Tor", which means to give our customers a fortune and wealth at this important festival of the Chinese and Thai people with Chinese lineage.

“According to the Kasikorn Research Centre, it is expected that there will be about Bt13.56 billion of money to be circulated in the market during the Chinese New Year this year, up 0.9 per cent over the same Chinese festival last year.”

Ruedee added: “For the sacrificial offerings of the coming Chinese New Year, we will focus on selecting good quality and good taste products as well as recipes that symbolise good fortune. This is to cater new generation customers, who give importance to convenient and easiness for the purchase of those sacrificial offerings for the Chinese New Year, such as fried noodles, rice cake, stuffed dough pyramid, Thai sponge cake, orange cake, house cleaning equipment, and Ang Pao envelope.”

Shoppers can participate in the "Heng Heng Ang Pao Rub Choke Song Tor" campaign with any purchase of only Bt40 at the FamilyMart store. For the first tier of the campaign, they will be able to join the redemption programme. Shoppers will be able to join the second tier of the campaign and enjoy opportunity to earn special rewards, comprising cash coupon and special discount of up to 50 per cent, Ruedee said.

She said customers can apply vi the Line app, on (Line)@FamilyMart Thailand and register using the 17 digits of the receipt number.