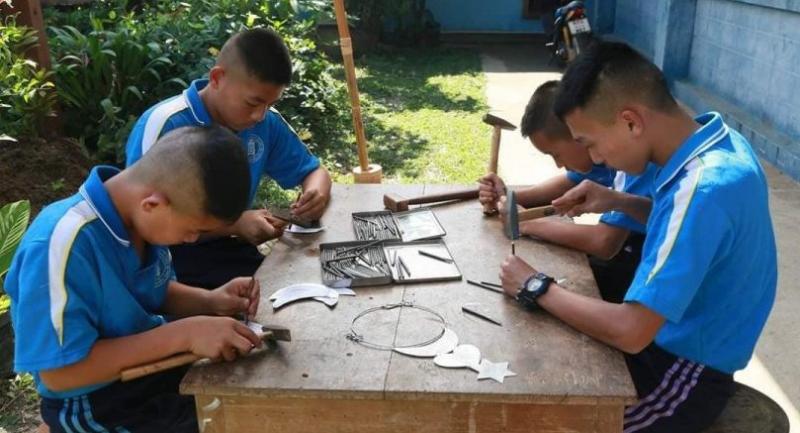 AMONG the hilltribes of northern Chiang Rai province, children typically grow up without Thai citizenship, resulting in unnecessary complications that dog them into adulthood. It is not uncommon for stateless teenagers, for example, to enter dual-education programmes, only to find they are not allowed to learn on the job and be paid as interns because private employers will not hire non-Thais over legal concerns.

Pariwit Chaiprasoet, director of Chiang Rai Vocational College, which has about 100 students in its dual-education programme, said earlier this month that nearly half of them had “lost opportunities to be interns at workplaces because they were stateless”. Even though several enterprises signed agreements with his college to implement the programme, he said, they worry there could be legal ramifications to taking on stateless interns. Interns are paid while learning on the job with its partners.

“They are afraid the police will accuse them of sheltering and hiring illegal workers,” Pariwit said.

Thai laws on illegal employment threaten both workers and employers with substantial penalties. An employer can be fined up to Bt100,000 for every illegal worker hired, repeat offenders Bt200,000 and possibly a year in jail, as well as being barred from hiring any migrant workers for three years. Pariwit raised the matter with Education Council secretary-general Suphat Champatong while Suphat was on a recent inspection tour of Chiang Rai. The Education Ministry allows stateless children into schools, but much uncertainty lies ahead for them. Though typically born and raised on Thai soil, the youngsters embark on a complicated path towards nationality verification. Amid claims that a substantial amount of “tea money” must be paid to secure Thai citizenship, many hilltribe families choose to simply do without. Suphat said the council would look into the problem and discuss policy-based solutions with the relevant authorities. “We will address this problem and more,” he vowed.

Pariwit said many stateless students drop out of school midway due to financial constraints.

“We try to get in touch with them to see what we can do, but some aren’t cooperative,” he said.

Nopparat U-thong, chief of the Education Ministry’s Chiang Rai office, said some ethnic people who live in remote locales cannot adjust to urban life when they attend schools. “Some fall prey to temptation,” he said.

“We give our students room and board, but then they go home for New Year and some can’t return to class,” she disclosed. Some groups still allow the males to “abduct” females for arranged marriages, she said. “Two of my students haven’t returned to school since New Year.”

Chiang Rai is among provinces with the greatest ethnic diversity. Of the 863 students currently at Sueksa School, 293 are Hmong, 322 Akha, 33 Yao, 42 Lahu and 52 Lisu.

Takrit Nuankhamma, director of Santikeereewitthayakhom School, said about 15 per cent of his students were the children of migrant workers from Myanmar. He said too many “bright students” who were stateless were unable to go on to higher education. But he’s optimistic the situation will improve with various parties actively addressing the issue in the past two years.