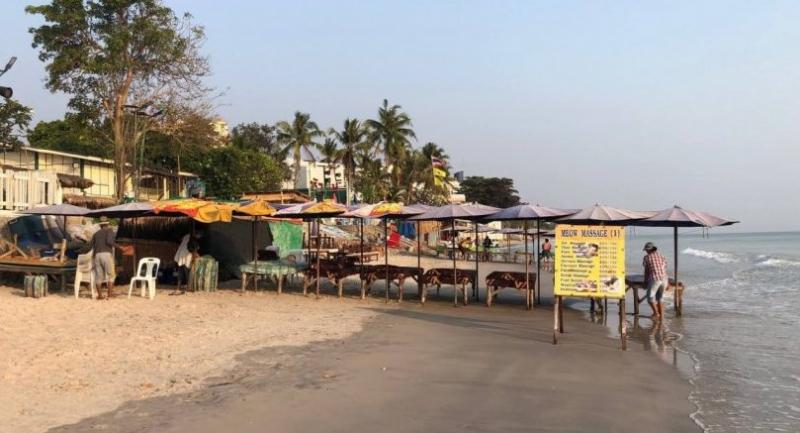 The Hua Hin municipality vowed on Tuesday to investigate and crack down on beach massage operators for encroaching on and blocking the popular beach in Prachuap Khiri Khan province.

Jirawat Prammanee, clerk of the municipality, said he ordered municipal officials to check on the operators after seeing posts from a Hua Hin resident showing the beach obstructed by massage beds.

Jirawat said the spot could be at Soi Hua Hin 77. He said if officials found the beach obstructed, they would order the owners to immediately clear the way.

The photo showed a worker of Meow Massage shop lining up massage beds in a formation that completely blocked the beach, leaving only the underwater portion open for tourists to walk past.

The photo also captured another massage shop that had done the same.

Juckrit said he took the photo at about 8am on Monday. He said he filed a complaint with the local office of the Internal Security Operations Command.