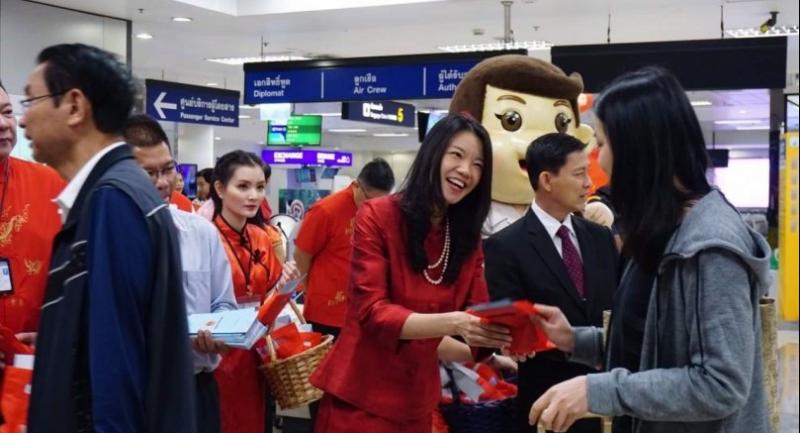 The officials also burst a set of balloons to imitate the sound of firecrackers as part of the welcome.

Each of the Chinese tourists was given an orange in a red pouch.

The Chiang Mai airport’s acting director said the facility expected some 8,000 Chinese tourists would arrive daily during February 1 to 10, which would be a 10-per cent increase over last year.