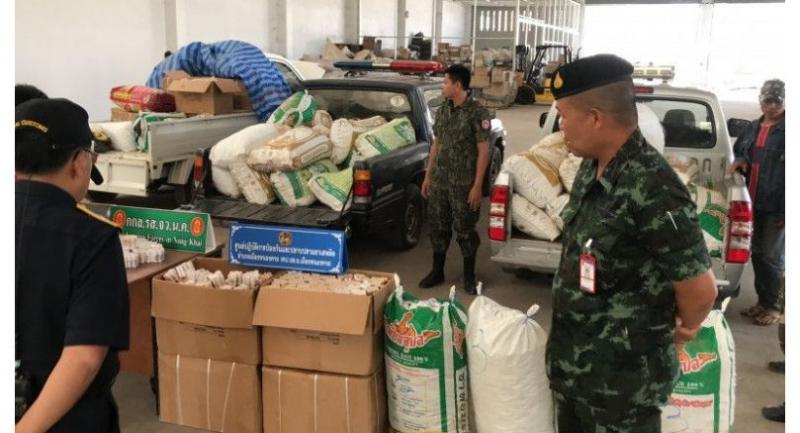 Sombat warned the public about using unauthorised, possibly-harmful cosmetics, as goods like the confiscated batch, which would possibly be placed on sale at weekend markets, were not certified by the Thai Food and Drug Administration.

In Monday’s operation, which took place at 8pm at Tambon Pakho in Nong Khai’s Mueang district, officials also arrested suspected smugglers Suphot Tannarat, 68, and Thanawat Wisetsunthorn, 29, as they were loading the sacks – containing facial cream from Vietnam – from a boat onto a pickup truck.

The two men confessed to having been hired by a Laotian vendor named “Chan” to bring the goods for delivery to a Thai customer in Nong Khai in three trips, for each of which they would get paid Bt3,000, Sombat said, adding that this week’s bust was made during what they had claimed was their first trip.

The customs checkpoint chief said samples of the seized cosmetics would be sent for laboratory testing for any dangerous chemical contamination, while the two suspects faced the charge of smuggling unauthorised items into the country.